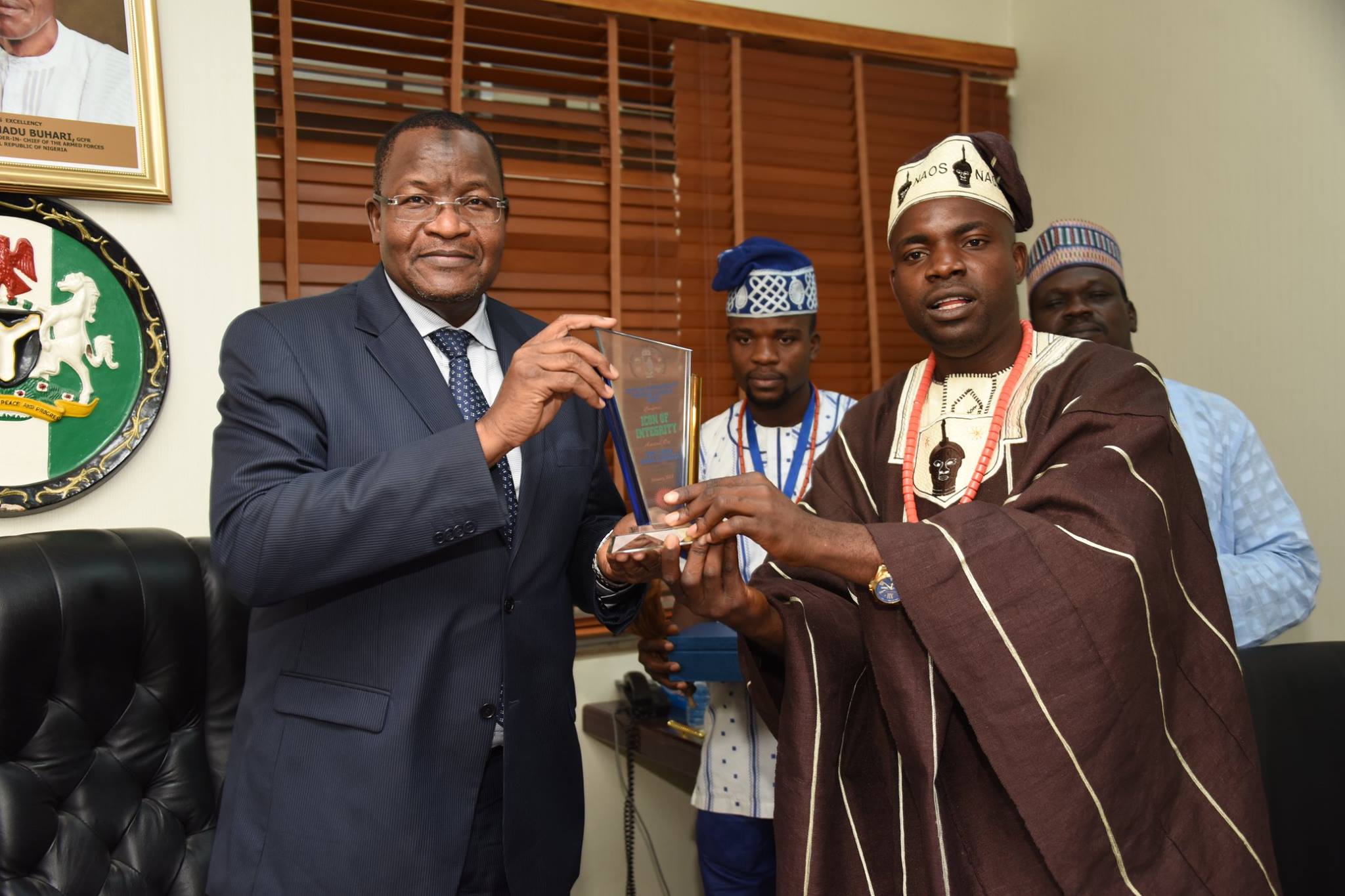 The Association which also gave the Nigerian Communications Commission AGENT OF COMMUNICATION DEVELOPMENT Award said Danbatta has entered into its Hall of Fame.

Mr. Adeniyi Michael Adekunle, NAOS’s National President, who led the Association’s delegation to NCC to present the awards recalled that Danbatta and the NCC which he leads have been exceptional in staff welfare and capacity building, infrastructure development, consumer-centric policies, stakeholder relationship management, efforts at broadband penetration, promotion and protection of fair competition, and the introduction of the DO NOT DISTURB Code 2442 which enables telecom consumers to opt out of unsolicited telemarketing messages they receive from telecommunication networks.

They were warmly received at the NCC Head Office by Professor Danbatta, Mrs Maryam Bayi, NCC’s Director of Human Capital and Infrastructure Group, Mr. Reuben Muoka, Head of Public Relations, Mr. Usman Malah, Chief of Staff to the EVC/CEO, and some staff of the Commission.

The National Association of Oduduwa Students was established in 1980 at the University of Ibadan, to project the cultural heritage and values of the Yoruba nation and to promote Nigeria’s unity.