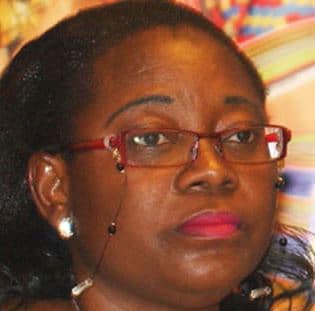 One of Nigeria’s pioneers in Information Technology and Head of Omatek Computers, Florence Seriki, is dead.

She was the Chairman and Chief Executive Officer of Omatek Plc, the  first indigenous IT company to be listed on the Nigerian Stock Exchange.

She died  at the Lagos State Teaching Hospital (LUTH) on Friday. She was aged 53. The Punch reported that  her death was announced on Sunday evening by Adebiyi Fashoyin, her close confidant and former Head of Corporate Communications of Omatek Computers.

Fashoyin said she died on Sunday morning of complications from cancer of the pancreas.

“The cancer of the pancreas was noticed not too long ago. Before we knew it, it became severe and that was it. My pain is that she died too young as she was just 54 years’ old, having been born in 1963,” he said.

Seriki studied engineering at the Obafemi Awolowo University (OAU). She was a notable ICT entrepreneur and has over the years built Omatek to one of the most successful indigenous brands.

On her return to Nigeria,  the problem resurfaced, leading to her being  admitted for further treatment at LUTH where she died.

The Director of Public Affairs, Mr Iyiola Ayoola of the Nigeria Computer Society (NCS) described Seriki as an industrialist with a pedigree of integrity and hard work. “It is quite sad. The ICT industry will miss her greatly.”

Born on August 16, 1963 in Lagos to the Udebu family from Ebu, Delta State, Florence, the first child in the family of five girls, attended Reagan Memorial Baptist Secondary School, Sabo, Yaba between 1975 and 1980.

She  later went  to the Federal School of Science, Lagos for her A levels  and Obafemi Awolowo University (OAU, Ife, where she studied Engineering.