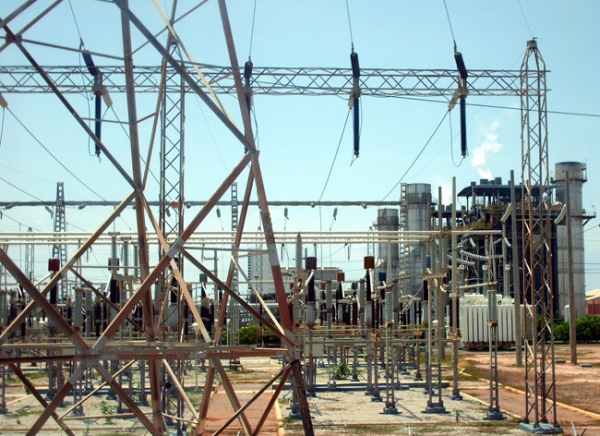 Ndu Ughamadu, Abuja: The Nigerian National Petroleum Corporation, NNPC will generate about 4, 000 megawatts of power in the next ten years to boost the supply in the country.

This was disclosed by the Corporation’s Chief Operating Officer (COO), Gas and Power, Engr. Saidu Mohammed, at the 2017 retreat of his Autonomous Business Unit, ABU (Gas and Power), in Kaduna, saying this would be achieved through building independent power plants.

Explaining the concept in Abuja, Engr. Mohammed said the power plants would be built in the next three to ten years by Incorporated Joint Venture Companies that would involve NNPC, International Power Companies and other Nigerian Investors to be structured after the Nigerian Liquefied Natural Gas (NLNG) business model.

“Power generation is a big business. As at today, NNPC has interest in two power plants, one in Okpai, Delta State and the other in Afam, Rivers State, which were respectively built by our Joint Ventures with Nigerian Agip Oil Company (NAOC), and Shell Petroleum Development Company (SPDC). These two power plants collectively generate up to 1,000 megawatts and they are the most reliable and cheapest source of power to the national grid in Nigeria today,” Engr. Mohammed affirmed.

He said plans were underway to commence Okpai Phase 2 Power Plant and that other JV power plants like Obite & Agura would also be progressed soon to boost power generation in the country.

The NNPC COO noted that the new thinking involved the extension of the Corporation’s major gas pipeline infrastructure into a robust network to connect various parts of the country, adding that implementation of the Ajaokuta to Abuja-Kaduna-Kano (AKK) extension has progressed.

“The main base-loads to justify such infrastructure are power plants that would consume the gas and for that, we are planning to build about 2,000 to 3,100 megawatts, combined, in these three cities.

“The partnership will involve players who will bring in their various capacities as operators, builders of power plants and as investors. NNPC will also bring its strength of being a dominant player in the Nigerian gas value chain,” Engr. Mohammed revealed.

He stated that NNPC as a stakeholder in the gas value chain had developed capabilities in processing, transportation and marketing of gas for export and domestic utilization. He further added that the nation’s gas resources had the potential of changing the landscape of the Nigerian economy for the better.

“If you generate enough power, the multiplier effect will revive most of the moribund industries across the country. NNPC intends to capture 50 per cent of the gas market in Nigeria by growing the Nigerian Gas Marketing Company (NGMC) from the 500 million standard cubic feet/day of gas that it is today to about 3 to 4 billion standard cubic feet/day in the next 10 years,” the COO enthused.

He said NNPC required about $15 billion investment to realize the Gas and Power Autonomous Business Unit, ABU, aspirations and that discussions were already ongoing with Investors world-wide to address gas deficit by building on the already existing gas infrastructure.

Engr. Mohammed noted that in line with the Gas Master Plan, NNPC would be producing gas with its JV partners and with other interested Nigerian investors to build treatment plants to achieve the deadline.

“We are going to unbundle the upstream by delineating the midstream so as to allow other players operate in it while NNPC as the operator of the pipeline network will continue to deliver gas to the downstream sector and ultimate consumers,” he stated.