Former Head of State, Gen. Abdulsalam Abubakar has  called on stakeholders in the country to ensure effective data and information management for effective service delivery.

Abubakar stated this on Saturday during the 62nd Business Meeting of the Association of Registrars of Nigerian Universities (ARNU) hosted at the Federal University of Technology, Minna.
He said the theme is very apt as he has come to realise that every aspect of the country lacked effective data management that had hindered development.

He called for data collection of not just students but of staff and cited examples of students who have been expelled from one Nigerian university for indiscipline getting readmitted in another university, which may not know their background.

He expressed optimism that after deliberations, solutions would be proffered to help effective data and information management in Nigerian universities and the country at large.

Gov. Abubakar Bello of Niger, who was represented by the Commissioner for Education, Science and Technology,
Hajiya Fatima Madugu congratulated FUT, Minna for hosting such a huge event.

He hoped that the deliberations would focus on promoting academic proficiency, proffer solutions to data management issues that arise every day, students and staff discipline among others. 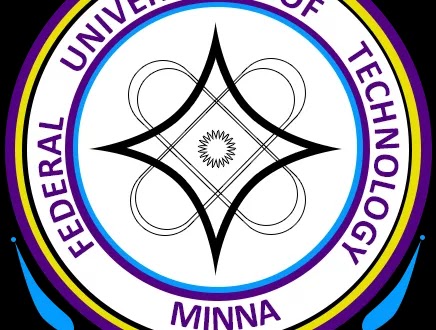 Bello, while wishing them a fruitful gathering, hoped that recommendations that would arise from the meeting

would be implemented for effective data and information management in Nigerian universities.

The Vice-Chancellor of the institution, Prof. Musbau Akanji, who was the Chairman of the occasion, in his welcome address expressed his excitement at the fact that FUT, Minna, was given the privilege of hosting the 62nd Business Meeting of ARNU,

He said data storage and its management represents the footprint of any organisation.

He said it was in realization of the importance of data security and management that FUT, Minna pioneered the establishment of a School of Information and Communication Technology (SICT), especially Cyber Security Programme among Nigerian universities in 2010.

Akanji stated that Registrars are the custodians of the university records.

He encouraged them not to be left behind in appreciating the dynamics of data, especially large data management as well as exposing them to training in order to acquire relevant IT skills and record management techniques.

The National Chairman, ARNU, Mr. Emmanuel Obafemi  said roles of registrars mostly involves data and information management and this meeting was expected to aid them in the execution of some of their major assignments.

Earlier,  the Registrar of the University, Mrs Victoria Kolo said it was an honour and privilege to host the Registrars of Nigerian Universities for the 62nd Business Meeting. ( NAN)