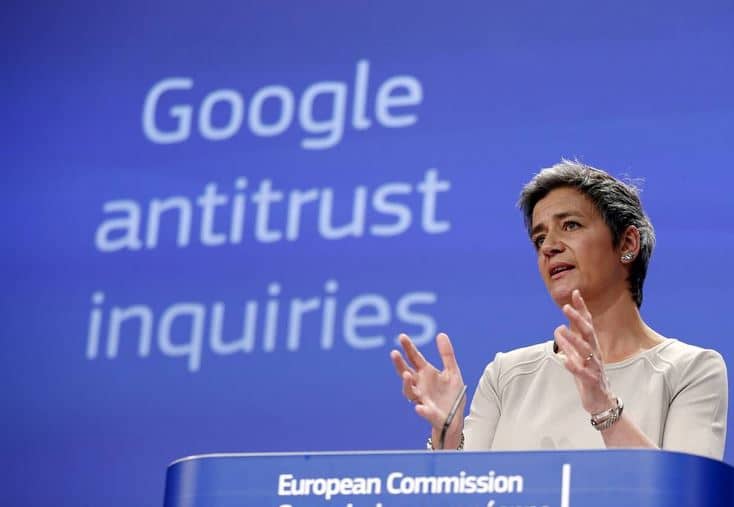 In a press release on its official website, the EU said that Google has abused its market dominance as a search engine by giving an illegal advantage to another Google product, its comparison shopping service.

The company must now end the conduct within 90 days or face penalty payments of up to 5% of the average daily worldwide turnover of Alphabet, Google’s parent company.

Commissioner Margrethe Vestager, in charge of competition policy, said: “Google has come up with many innovative products and services that have made a difference to our lives.

What Google has done is illegal under EU antitrust rules. It denied other companies the chance to compete on the merits and to innovate. And most importantly, it denied European consumers a genuine choice of services and the full benefits of innovation.”

In 2004 Google entered the separate market of comparison shopping in Europe, with a product that was initially called “Froogle”, re-named “Google Product Search” in 2008 and since 2013 has been called “Google Shopping”. It allows consumers to compare products and prices online and find deals from online retailers of all types, including online shops of manufacturers, platforms (such as Amazon and eBay), and other re-sellers.

When Google entered comparison shopping markets with Froogle, there were already a number of established players. Contemporary evidence from Google shows that the company was aware that Froogle’s market performance was relatively poor (one internal document from 2006 stated “Froogle simply doesn’t work”).