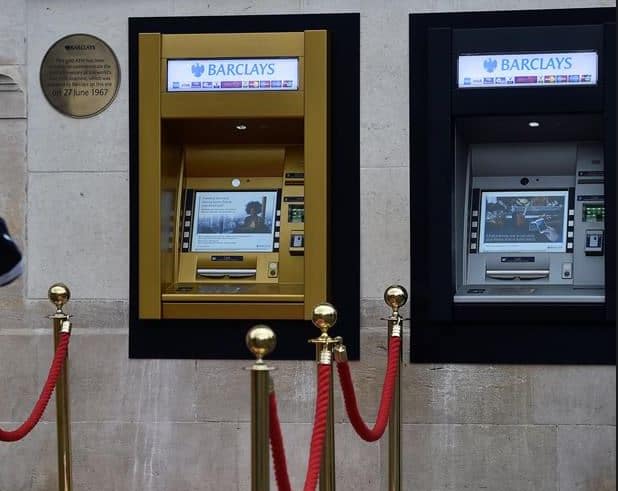 According to the Metro, the world’s first ATM was unveiled by Barclays at its Enfield branch in North London on June 27 1967.

This month also marked 30 years since Barclays introduced the debit card to the UK, on June 3 1987.