The Nigerian Air Force (NAF), said on Wednesday it had resumed the training of pilots for Unarmed Air Vehicles, otherwise known as drones. 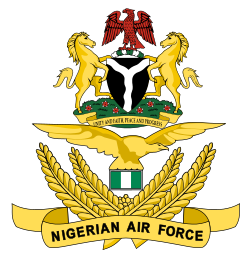 The NAF Chief of Logistics, AVM Iliyasu Muhammad made the disclosure in Kaduna, while receiving the service oldest aircraft, repaired by Dornier.

Muhammad, who also flagged off the training of pilots to man the drones, said the aim was to enhance the strategic response of NAF to security challenges in the country.

According to him, the NAF Research and Development Centre had developed training manuals and facilitated local production of a drone in an effort to ensure self reliance by the service.

He said although the first batch of training was conducted in 2013, but was suspended during the year due to problems of serviceable parts for the vehicles.

The chief of logistics stressed that pilots earlier trained had “contributed immensely to the ongoing operation in the North East with our CH-3A UAV conducting both combat and non-combat operations.

“Following successful modification and reactivation of the trainer UAVs, we are gathered here today to flag off the continuation of UAV pilot training in the NAF.’’

Earlier, the Chief of Standard and Evaluation, AVM Kingsley Lar, said the NAF research and development centre, has built one drone and repaired another with materials sourced off the shelf and locally.

The News Agency of Nigeria (NAN) reports that five officers will be trained for three months to man the drones. (NAN)