The Minister of Communications, Mr Adebayo Shittu says efforts are being made by the Federal Government  to expand the number of data centres across the country. 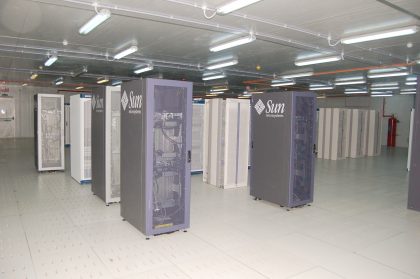 The minister said the expansion was part of government’s plan to improve its presence on the digital platform, 1-gov.net.

Mr Victor Oluwadamilare, the Special Assistant to the Minister on Media, made this known in a statement on Friday in Abuja.

Shittu was speaking at the 2017  Microsoft Digital Government Conference in a paper titled:“Empowering Digital Governments to share latest innovative technology, trends and government solutions with emphasis on Microsoft’s Technology platform to improve the capabilities of government within Nigeria”.

He said that the platform, apart from consolidating existing government ICT infrastructure, would also enable Ministries, Departments and Agencies (MDAs) to exchange data in a seamless manner.

“It will also allow each MDA to remain independent and maintain its privacy and the security of its operations.” he said.

The minister said that through the 1-gov.net, government had become more participative and accessible, adding that citizens could participate in policy process through discussions, suggestions and online-polls.

“Various government departments are using this platform for seeking inputs on a wide range of issues.

“Using the 1-gov.net Platform, government has been able to save 30 per cent of what it would have expended on a unit per unit cost.

“As at date, 90 per cent of all MDAs within Abuja are linked with fiber backbone and 3,500 locations of different MDAs have been touched across the country.

“About 270 MDAs’ websites and applications are being hosted on the network, adding that “government has recorded success in 1-gov.net.

“We will now focus on some services that have direct bearing on the present administration’s priorities, and we are determined to continue with the shared ICT infrastructure and services initiative in the MDAs.”

According to Shittu, the 1-gov.net is promoting Whole-of-Government approaches in the information age based on shared services.

He said that this approach would enhance productivity of government officials, increase experience of patrons of government services, enhance security and drive out the menace of corruption.

He added that government recognises the urgent need to increase efficiency and transparency, improve and align processes, smart government and smart cities.

According to him, Internet users in Nigeria have crossed 90 million,  mobile users have also crossed 156million mark and the smart phone users are more than 60 million.

He said that government was supporting the development and sustenance of ICT applications that were driving cost effectiveness and transparency in Government Service Delivery.

He explained that applications supporting the Treasury Single Accounts (TSA), IPPIS, Budget Portal and BVN verifications among others were already resulting in huge savings.

The minister said that the Ministry of Communications had expanded the Open Government Data Portal which is a part of the Federal Government’s Open Data Initiative, stressing that many civil servants had been trained across MDAs on the use of the portal.

He said that government would appreciate the opportunity of Microsoft training of ICT savvy youths and key into the country’s local content policy on current projects and priorities to ensure a smooth transition.

Shittu commended Microsoft’s contributions in the development and growth of the country’s  ICT, adding that the ministry of communications would continue to partner with the organized private sector and other stakeholders to move the digitization efforts of the country forward.

“I am aware that Microsoft in collaboration with the Nigeria Information Technology Development Agency (NITDA) and the Nigeria Communications Commission (NCC) are committed to supporting the government’s transformation by leveraging technology to drive productivity and empower citizens,” he said. (NAN)