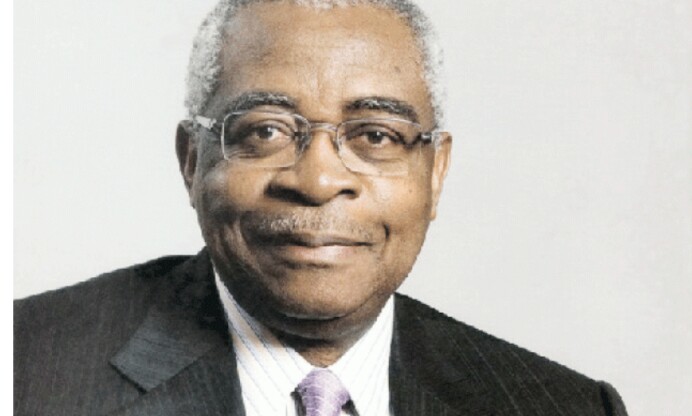 Alkasim Abdulkadir, Maiduguri: On December 8, the Senate Committee on Special Duties paid a visit to the Presidential Committee on the North-East Initiative. The PCNI Chairman Lt. Gen. T.Y. Danjuma who was presented by the Vice Chair, Tijjani M. Tumsah received the senators and disclosed that PCNI was forging ahead with its mandate of rehabilitating the victims of insurgency in the Northeast and has established a strategic framework to tackle challenges in the region. In response, the visiting Chairman of the Senate Committee on Special Duties, Senator Abdulaziz Murtala Nyako, said that the legislature was happy with PCNI’s framework of tackling challenges in the Northeast. He pledged that the Senate would not rest on its oars until victims of insurgency are fully settled. The lawmaker who represents Adamawa Central Senatorial district also acknowledged that PCNI needs support and pledged that the Senate would continue to support PCNI operations. 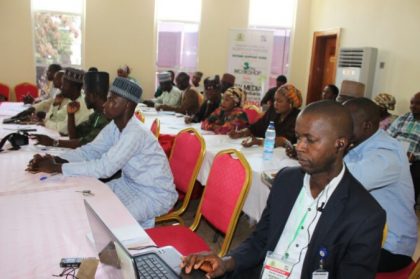 On December 11, the Presidential Committee on North-East Initiative (PCNI) in collaboration with the Victims Support Fund commenced a three-day capacity building training workshop of 30 new media practitioners in Borno. The theme of the workshop is “Utilizing New Media for Humanitarian and Developmental Reportage.” While inaugurating the event, the Vice Chairman of PCNI, Tijjani M. Tumsah, said the training was designed to expose reporters to best practices in reporting and use of social media in information dissemination. He added that the training would assist in promoting hope, dignity, peaceful and harmonious coexistence in the North East. He explained that the PCNI would encourage sharing of information to streamline synergy and efficiency of interventions, including humanitarian assistance and long-term development programmes. He noted that “our aim is also to disseminate tools that will enable us to leverage on the power of the media to change the dominant narratives emanating from the North East. Prof. Nana Tanko, the Director of Programmes of the Victims Support Fund (VSF), said the training was a collaboration between PCNI and VSF. Tanko said similar exercises would be conducted in the six states of the region to build capacity, promote accountability, transparency and visibility of interventions.

At the Cholera Outbreak Response Meeting on Tuesday On December 11, the Vice Chair, Tijjani M. Tumsah attended the Cholera Outbreak Response meeting at the Emergency Operations Centre organized under the auspices of health sector partners and the Borno State Ministry of Health in Maiduguri. As at December 10, the total number of cases reported in Borno state since the inception of the outbreak stands at 5365, with 61 deaths (CFR = 1.1%). 2692 cases have been reported in the Muna corridor (Jere LGA), 1761 cases in Monguno and 98 cases in Guzamala. The number of cases reported from Dikwa, MMC and Mafa stand at 736, 58 and 20 respectively and have remained so for over eight weeks. Eight additional cases were reported between the 4th and 10th of December 2017 with no fatalities recorded. A vaccination campaign commenced on 9th of December 2017 with a total of 111,221 persons being visited on Day one. Sector actors are currently engaged in a cholera prevention sensitization campaign that highlights the importance of sanitation and good hygiene practices.

As part of efforts to address gaps in access to healthcare triggered by the insurgency, PCNI in partnership with ProHealth conducted a five-day medical outreach in General Hospital Potiskum. The program commenced with courtesy visits to the emirs of Potiskum and Fika, where the team consisting of representatives of ProHealth and staff of the PCNI Yobe state program office, briefed the emirs about the mission of the outreach, the area of coverage, the projected patients turn –out and then, requested the traditional rulers to mobilize their subjects to encourage people who suffer from diseases covered by the program to turn up. About sixty volunteers including doctors, Nurses, Pharmacists, laboratory scientists/technician came for the program. Yobe State government gave two buses which were used to transport the team from the Maiduguri International Airport to Potiskum, while the 333 Nigerian Army Battalion, Damaturu provided armed escort. A total of 4902 patients were seen during the 5-day program. Out of this number, 1914 received free drugs, 1705 were out-patients. About 2644 various medical examinations including lab tests were conducted, 715 patients were screened for HIV while 8 were found to be reactive. The areas covered during the outreach program were Basic surgery, ENT, Internal Medicine, Ophthalmology, Dental and Gynecology cases.