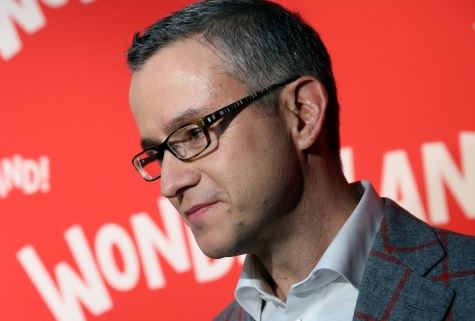 Ride services company Uber Technologies Inc has been thrust deeper into turmoil with the departure of company president Jeff Jones, a marketing expert hired to help bolster its reputation.

The reasons for his departure were not immediately clear, but Jones’ role was put into question after Uber earlier this month launched a search for a chief operating officer to help run the company alongside Chief Executive Travis Kalanick.

Jones had been performing some of those COO responsibilities. He joined Uber from Target, where he was chief marketing officer and is credited with modernizing the retailer’s brand.

“We want to thank Jeff for his six months at the company and wish him all the best,” an Uber spokesman said in an emailed statement.

Jones is the latest in a string of high-level executives to leave the company. Last month, engineering executive Amit Singhal was asked to resign amid a sexual harassment allegation stemming from his previous job at Alphabet Inc’s Google. Earlier this month, Ed Baker, Uber’s vice president of product and growth, and Charlie Miller, Uber’s top security researcher, departed.

Uber, while it has long had a reputation as an aggressive and unapologetic startup, has been battered with multiple controversies over the last several weeks that have put Kalanick’s leadership capabilities and the company’s future into question.

The blog post prompted an internal investigation that is being led by former U.S. Attorney General Eric Holder.

Then, Bloomberg released a video that showed Kalanick berating a Uber driver who had complained about cuts to rates paid to drivers, resulting in Kalanick making a public apology.

And earlier this month Uber confirmed it had used a secret technology program dubbed “Greyball,” which effectively changes the app view for specific riders, to evade authorities in cities where the service has been banned. Uber has since prohibited the use of Greyball to target local regulators.

Jones joined Uber in August and was widely expected to be Kalanick’s No. 2. Jones was tasked with overseeing the bulk of Uber’s global operations, including leading the ride-hailing program, running local Uber services in every city, marketing and customer service, and working with drivers.