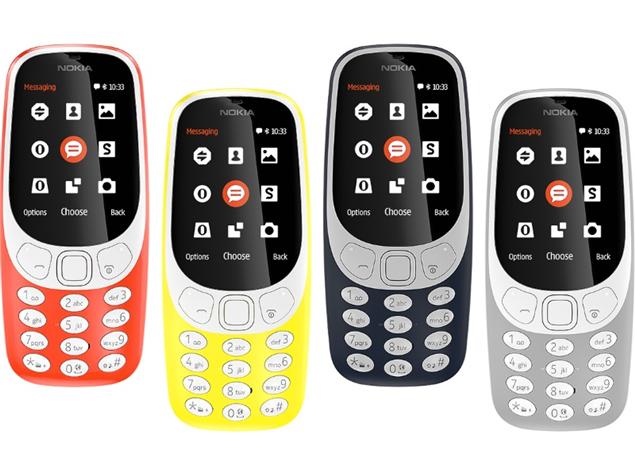 New NOKIA 3310 To Hit Market Next Week: Things To Know

It’s official: the new and improved Nokia 3310 is set to hit markets worldwide from May 24.

Nokia consortium said in a press release: “Thin, light and incredibly durable, the Nokia 3310 is a head-turning modern twist on one of the best-selling feature phones of all time.

Fans have been excited since February when parent company Nokia consortium announced that the iconic phone would be making a comeback.

The new and improved 3310 will also feature the legendary built-in game, Snake, as an homage to the original device.

“Boasting an incredible 22-hour talk-time and month-long standby, the Nokia 3310’s fresh, colourful, modern design brings it bang up to date. “The Nokia 3310 is available in four distinctive colours – warm red and yellow, both with a gloss finish, and dark blue and grey, both with a matte finish.”

The revamped version of Nokia 3310, based on the report from NDTV, managed to take away the attention from most smartphones launched at MWC 2017 earlier this year. While the feature phone was termed as a gimmick by some of the critics, the nostalgia factor seemed to have helped outweigh the negatives.

To cost around N20,000, the iconic 90’s phone features a battery capable of lasting up to a month, limited 2.5G internet connection and a two-megapixel camera.

WHY YOU SHOULD BUY THE 3310 ACCORDING TO EXPRESS.CO.UK

You could treat yourself to 10 of them and still have almost £200 change compared to buying one Galaxy S8.

Flagship phones continue to get more expensive and with some rumours suggesting the new iPhone 8 will cost over $1,000, the 3310 is an absolute bargain.

This is something the original Nokia 3310 didn’t include but the all-new phone can take pictures.

There’s actually a 2-megapixel snapper on the 3310 and it even includes a LED flash for when the lights are low.

There’s no word yet on how good the camera is on this device but we Express.co.uk hopes to bring you a full review soon.

Anyone who has ever owned a smartphone will know the pain of running out battery but the Nokia 3310 fixes this modern day problem.

Nokia is boasting that its new feature phone can last for a whole month on a single charge.

Here are the full operating times for the 3310.

The original 3310 was famed for coping with what life has to throw at it.

In fact, one user recently revealed his 3310 was still going strong after 17 years.

This new device is thought to be even tougher and should withstand being dropped on the floor – something most iPhone users can only dream of.

The classic game of Snake makes a return to the 3310 with a totally refreshed version which makes full use if the larger colour screen.

NEWER POSTBoko Haram Sent Me On A Suicide Mission For Refusing Marriage, Says 14 Year Old
OLDER POSTAnother BreakThrough As Troops Arrest Bala Ibrahim In Fika Along Side Others