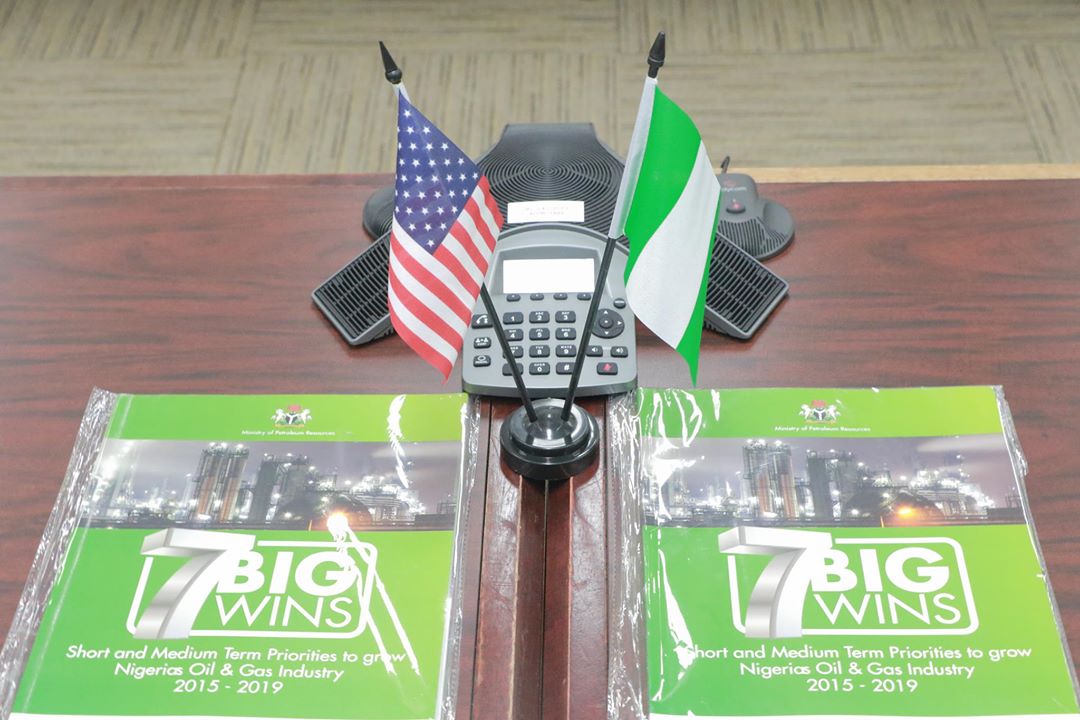 The meeting had in attendance Ambassador Mary Bruce Warlick, Acting Special Envoy and Coordinator for International Energy Affairs at the Department of State who led the United States discussions during the meeting which was grouped into two sessions the reform session and investment session respectively.

The Acting Special Envoy and Coordinator for International Energy Affairs stated that Nigeria remains a critical priority for the US in Africa and bilateral relations, which are increasingly rooted in the shared values of both nations are delivering results.

The Honourable Minister of State while responding to the comments and feedback given by the Acting Special Envoy and Coordinator for International Energy said the Federal Government of Nigeria under the leadership of President Buhari has clearly set out the choices that have to be made as nation over the next 4 years and have also taken significant steps in achieving this through the continuous implementation of the 7BigWins, the Nigerian Petroleum roadmap; which focuses on stabilizing the business environment, enshrining openness and transparency, developing and entrenching new policies and regulations.

He also hinted on the launch of a pet project “Project 100” which is aimed at maximizing and unleashing talents by identifying 100 Nigerians who have access to finding and are willing to make a change in the industry and collaborating with them to find solutions to the industry’s problems with a view to set Nigeria on the path of glory.

Dr. Ibe Kachikwu further reiterated the positive impact that the ongoing engagement in the Niger Delta and Oil Producing States led by the Acting President; His Excellency Prof. Yemi Osinbajo is yielding results as evidenced by the near zero militant incidence and normalcy in production activity being restored in the region.

A comprehensive and holistic developmental framework encompassing all Government Agencies and stakeholders, targeted directly at addressing gaps in the communities is being deployed with the 20-point Agenda that outlines the Roadmap to closure for militancy in the Nigerian Oil and Gas sector.

He also harped on the need to work together with the US to sustain progress on reforms and match it with increased international investments in Nigeria’s Oil and Gas sector. Other areas of collaboration the Honorable Minister of States urged the US to invest in include capacity building, and acquisition of technology.

As part of the discussions during the roundtable, Ambassador Warlick informed the Honorable Minister of State, that a team of Nigerian Senators would be meeting the US team on Friday May 5, 2017 to discuss progress on legislations relating to the Nigerian Oil and Gas industry. 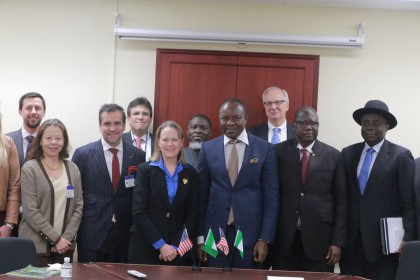 The Honorable Minister responded to the visit of the Senators by stating that there has been a very high level of collaboration between the Executive and the Legislature in the passage of bills before the National Assembly and also cooperation in proffering far reaching solutions that will grow Nigeria’s Oil and Gas sector.

While discussing issues relating to gas strategy implementation and plans during the roundtable, Dr. Ibe Kachikwu said that Nigeria’s gas vision is to be an attractive gas-based industrial nation, giving primary attention to meeting local gas demand requirements, and developing a significant presence in international markets.

He explained that the core principles behind the gas industrialization agenda include separation of activities between the government and private sector, implementing full legal separation of the upstream from the midstream, pursuing a project-based rather than centrally-planned domestic gas development approach and establishing strong linkages with electric power, agriculture and other real sectors.

He further clarified that for Nigeria to successfully attract investments and achieve an aspiration of zero routine gas flaring by 2020, the Federal Government developed a transparent licensing process for allocating and pricing gas flares, improving access to finance for gas flare monetization projects, providing incentives to investors, and strengthening the capacity of government regulatory agencies to monitor implementation of flare down projects. Another important gas initiative in the country is the provision of LPG for domestic use and CNG as transportation fuel.