The Department of Electrical and Electronics Engineering, University of Ilorin, has unveiled a prototype anti-theft device capable of remotely monitoring and detecting customers stealing electricity. 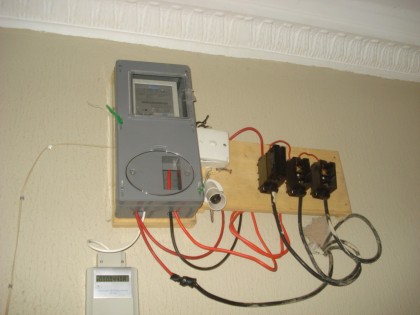 The Acting Head of the Department, Dr Mudathir Akorede told newsmen on Tuesday in Ilorin that the device could also cut off electricity supply to the premises of customers stealing electricity.

”This will simultaneously send a message to the utility control room to alert the system operator with such customer’s details displayed on the control panel,” he said.

Akorede said that processes of filing application for patenting the invention had commenced through the university’s Laboratory to Product Centre.

The don explained that the device was developed by himself and some students of the Department.

The Don further said,”The invention is now up to the standard that it can be patented.

“I have brought this to the attention of the Ibadan Electricity Distribution Company, although not officially, but if adopted, the device would enable distribution companies to cut their commercial losses substantially.”

He said that the idea followed the discovery that most people use electricity without paying for it.

”A lot of people that have been able to get the prepaid meter, even though they can afford to pay their bills, still want to bypass this thing to steal electricity and this is not helping the companies.

“It is not helping all of us as a whole. If the industry should collapse, everybody would bear the brunt of that problem and that is why the consumers too have to share out of the problem

“But this is not to say that distribution companies also do not have their share of the blame by not wanting to take on responsibilities such as faulty transformers.”(NAN)