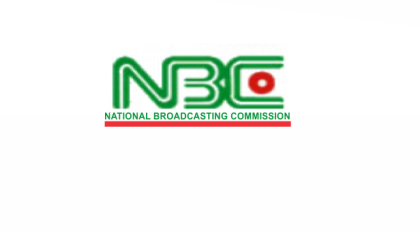 The National Broadcasting Commission (NBC) says it will cover 12 states in the Digital Switch Over (DSO) project by December 2017.

The Director General of NBC, Mr Ishaq Kawu made this known during a news briefing on DSO in Lagos on Friday.

Kawu said that following the successful switch over in Abuja in December 2016, the commission planned to switch over in one state in each of the six geo-political zones of Nigeria.

He said that the next phase of the project would be Kaduna in the Northwest; Gombe in the Northeast; Kwara in North Central; Osun in Southwest; Delta in South-South and Enugu in Southeast.

“At our last stakeholders’ meeting last week, the decision was taken to launch in Ilorin, Kwara state by the end of June; Kaduna by the beginning of July.

“These follow the completion of the installation of the transmission facilities in these locations, and subsequently, we would launch Osogbo in Osun; Enugu in Enugu state; and then Delta as well as Gombe state.

“So, as we conclude the six states currently in progress, we would choose another set of six states reflecting the geo-political zones, for the next phase, until the entire country is completely covered.

“We have proceeded with the faith that the DSO is just too vital to our national progress and should not face any more delays,” he said.

The DG said that the June 17, 2017 deadline was just a ‘benchmark date’ for the digital switch over in the country.

He said that many had misconstrued the process, assuming that on that date, almost like a magic wand, Nigerians would wake up to find that the country had switched off analogue and switched on digital television.

According to him, NBC’s mission remains constant, which is to switch off analogue completely, by achieving up to 95 per cent access to Free Digital Television content across the country.

“All Nigerians are entitled to access to information, irrespective of class, creed or location; and the new technology of digital broadcasting is already enhancing access in a most revolutionary manner.

“That would soon become a nationwide experience for all Nigerians.

“We remain optimistic, that by the end of the year, at least half of the country would have access to Free Digital Television content.

“In respect of a specific switch over date, I believe that the countries of the ECOWAS sub-region would re-assess the issue, given that all member countries have not met the June switch over deadline.

“But again, it must be emphasised that the delicate nature of the DSO process has always obliged countries to carefully manage the process to avoid problems.

“Most countries of the world have had to adjust their switch off dates,” he said.

Kawu said that one of the fears about delayed DSO transition was the problem of trans-border signal interference from analogue transmitters.

He said that neighbouring countries had not achieved anything close to what Nigeria had been able to do so far.

According to him, none of the countries in the ECOWAS sub-region has a DSO process that matches what has been achieved in Nigeria.

“Nigeria’s DSO process has today become the most talked about in Africa; it was designed by Nigerians; and is being implemented by Nigerians.

“This is not the case in quite a number of settings in Africa; and the consequence is that we are constantly receiving inquiries and visits from other African countries, to understudy the work we have done.

“This week in Uyo, we received a delegation from the Ethiopian Broadcasting Authority, on this subject.

“We had very fruitful discussions on the Nigerian DSO; offered them the Nigerian roadmap and we have decided to intensify assistance in their process.

“On Monday this week, the Minister of Communications of Niger also led a delegation to Abuja for the same purpose,” he said.

The DG said earlier in June, in China, the commission held preliminary discussions with the Zambian broadcasting regulatory body on their proposed plan to come and study the Nigerian DSO process.

According to him, Nigeria, in truth, is the leader now on the African continent in the process of transition from analogue to digital broadcasting.

“We must be proud of the work we have done as a country,” he said. (NAN)