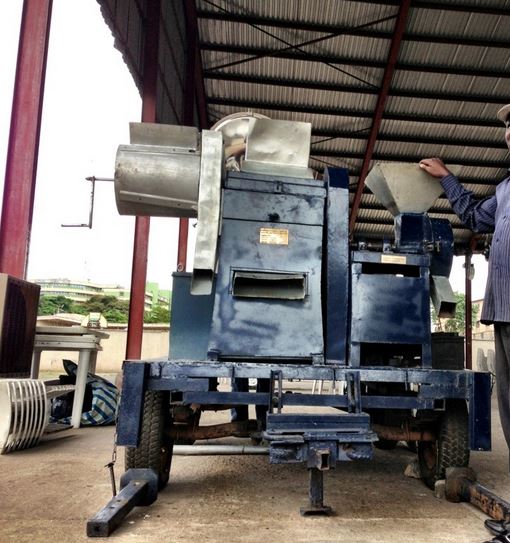 Now, at this time of the National Life when diversification is being encouraged to grow the economy, one area that readily comes to mind is commercialization of research findings.

But the problem with this is that without intellectual property protection, also know as patenting, a lot of People will reap where they did not sow

It is to achieve this protection that the National Office for Technology Acquisition and Promotion – NOTAP presented Certificates of Patenting to some Government Agencies and individuals’ research findings.

NTA Correspondent on Science and Technolgy, Kierian Umeayo reports that the Nigerian Airforce is among Agencies that Patented their technological innovations.

A patent is a set of exclusive rights granted by a sovereign state to an inventor or assignee for a limited period of time in exchange for detailed public disclosure of an invention.

The procedure for granting patents, requirements placed on the patentee, and the extent of the exclusive rights vary widely between countries according to national laws and international agreements. Typically, however, a granted patent application must include one or more claims that define the invention.

A patent may include many claims, each of which defines a specific property right. These claims must meet relevant patentability requirements, such as novelty, usefulness, and non-obviousness.

Procedure for Patent Registration In Nigeria
Whether an invention is a product or process, the same registration procedure is adopted. Application for the grant of patent is made to the registrar of Patent and Industrial designs which is under the Federal Ministry of Commerce, Abuja. The application consists of:

A petition or request for a patent with the applicant’s full name and address (form 1A)
A signed power of attorney authorization of agent if the application is made by an agent (form 2)
A specification including a claim or claims in duplicate (form 3)
Plans and drawings if any in duplicate.
A declaration by the true inventor where applicable

After Examiniation, the patent application is examined by the Registrar merely to ascertain formal compliance. Once the application satisfies the statutory requirements as to the completion of form, payment of appropriate fees, it dates to only one invention, the Registrar is likely to grant the patent without enquiries to its novelty, inventiveness and industrial applicability or whether the specification sufficiently discloses the invention.

Patents are granted at the risk of the patentee and without guarantee as to their validity. In other words, Nigerian law docs not recognize substantive examination. This is one weakness levied against the system.