The Minister of Communications, Mr Adebayo Shittu, says that the Federal Government will create a Digital Single Market for the Information and Communication Technology (ICT) sector. 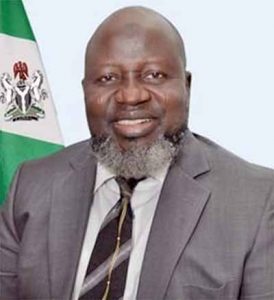 Shittu made this known in Lagos on Tuesday at the 2017 Information Communication Technology and Telecommunications (ICTEL) Expo.

The Digital Single Market is one in which the free movement of persons, services and capital are ensured.

It is also where individuals and businesses can seamlessly access and exercise online activities under conditions of fair competition.

Shittu said that the Federal Government, through the Ministry of Communications, was collaborating with the European Union Commission to create the digital single market in Nigeria.

He said the collaboration came at a time the ministry was making concerted efforts to implement its ICT Strategic Roadmap, e-Government and Mobile Broadband Plans.

The minister said he had instructed that a committee, comprising the ministry’s agencies and the Nigerian Computer Society be set up, on the new Digital Single Market paradigm, ahead of the EU/Africa Summit, holding in November at Addis Ababa, Ethiopia.

He said the size of Nigeria made it the most lucrative investment destination in sub-Sahara Africa with a high return on investments.

He said the country, also as an emerging market, is one of the new frontiers for investments and digital market consideration.

He said the present administration had hinged the economic recovery plans of the country on ICTs, as well as on fiscal and strategic policies.

According to him, the efforts of the ministry was codified in a document known as the ICT Roadmap, which components included the hosting of the Smart Cities Summit, precisely on Aug. 8 and Aug. 9.

The minister said the ICT sector had in the past year, recorded landmark activities and significant achievements.

”The environment for greater achievements has thus been created.

”Now, there is greater access to ICT and Nigerians are today able to use ICT, thus integrating them into the global digital economy and its benefits.

”Although challenges still abound, implementation of already mapped out initiatives and programmes will ensure the optimal transformation of Nigeria to a true smart state,” he said.

He noted that despite coming up with the economic growth and recovery plan, the ministry was determined to actualize the contents of their comprehensive ICT Roadmap.

”This, to my mind, is imperative for the country’s highly import-dependent and consumption-driven economy.

”We are in a technology-driven World. The success of any venture without technology is doubtful,” he said.

The minister urged the Lagos Chamber of Commerce and Industry to mobilise the private sector for the needed collaboration with government, so that adequate local and foreign investments could be sourced for the sector.

He also enjoined the chamber to key into Government’s Economic Recovery and Growth Plan, to revive the economy as well as explore the enormous potentials of the sector to advance the economy. (NAN)