The Federal Ministry of Science and Technology (FMST) on Tuesday inaugurated National Steering Committee on Nanotechnology development to produce policy that would guide Nanotechnology operation in the country. 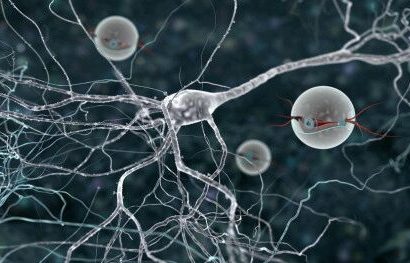 The FMST Minister, Dr Ogbonnaya Onu said the committee would need to engage in aggressive public awareness on Nanotechnology in all states of the Federation.

Nanotechnology is the study and application of extremely small things and can be used across all other science fields such chemistry, biology, physics, material science, among others.

According to him, Nanotechnology is one of the areas of science and technology that is crucial to any nation’s development due to its multiplier impact on the economy such as in the developed countries.

“Nigeria at this stage of its development cannot be left on the need to urgently embrace nanotechnology advances because of the inherent benefits the country will derive from its application.

“This committee is therefore expected to drive the ministry’s desire of providing a comprehensive national Nanotechnology policy and implementation strategies that could serve as reference and guidelines for national needs and aspirations on deployment of this technology.

“In the past, the FMST had led in the promotion of cutting edge technologies in Information and Communication Technology (ICT), Biotechnology; Space Science Technology and Renewable Energy.

“These have all enhanced the lives of our citizens through job and wealth. We therefore, intend to take full advantage of this relatively new technology called Nanotechnology, “ he said.

He urged the committee to attach high degree of importance to the national assignment in order to achieve the aim.

The minister said the ministry would be ready to receive a workable report at the end of the assignment that would dictate the pace of national development in Nano-Science and Nano-Engineering.

Responding, the Chairman of the National Steering Committee on Nanotechnology Development, Mr Oyefeso Akinyemi, the Director, Chemical Technology Department in the ministry said the committee would try its best to accomplished its mandate on scheduled.

He said the committee would play a leading role in putting Nigeria on the world map on Nanotechnology.

He said the committee would collaborate with MDAs to encourage Research and Development in Nanotechnology in tertiary institutions and research institutes. (NAN)