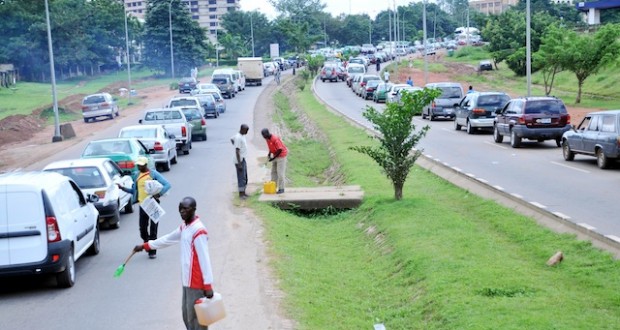 $5b Worth of Petrol Imported to End Fuel Queues

This was disclosed by the Group Managing Director of the corporation, Dr. Maikanti Baru, during a public hearing by the Senate Committee on Public Accounts today at the National Assembly Complex in Abuja.

In a presentation by the GMD who was represented by the Chief Operating Officer, Finance and Accounts, Mr. Abdulrazaq Isiaka, NNPC stated that it carried out the massive importation in fulfilment of its statutory role of supplier of last resort to ensure that Nigerians do not suffer as a result of product unavailability.

According to the GMD, the corporation’s provision of 9.8 million metric tons of petrol so far has helped a great deal in ameliorating the suffering of Nigerians.

He said the corporation’s intervention became necessary following the inability of the major and independent marketers to import the product because of the high landing cost which made cost recovery and profitability difficult owing to the regulated price regime.

While assuring the public of adequate product supply, the GMD, however, pointed out that cross-border smuggling due to price disparity between Nigeria and neighbouring countries where a litre of petrol sells above N350 per litre as well as logistic issues in trucking products to different locations across the country remained serious challenges in the quest for fuel queue-free situation in the country.

The Chairman Senate Committee on Public Accounts, Sen. Matthew Uroghide, noted that the public hearing was a part of the Committee’s duty to find lasting solutions to the problem of fuel scarcity in order to make life easy for all Nigerians.