Mr. Yusuf Kazaure, the Managing Director, Galaxy Backbone, says the organization is putting in place modalities to incorporate the private sector in its digital services. 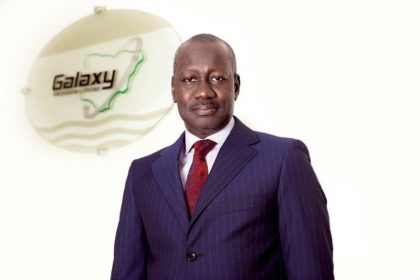 He said that a digitized government would be the attraction of every citizen and every business.

According to him, the organization has succeeded in hosting the network of up to 300 Ministries, Departments, and Agencies (MDAs) and planned to spread its services to the private sector.

He said that the organization had the biggest internet connectivity center, which would be capable of hosting the networks of both MDA and the private sector.

“Within the context of providing services to the private sector, we are currently doing that on an incidental level.

“Hitherto, we have been rolling out our infrastructure and we probably have the largest fiber footprint in Abuja.

“A digitized government will be the attraction for every citizen and every business that has an interface with the government; we are primarily going to initiate the connection.

“Beyond that, we have also been in talks with several service providers, because the infrastructure we provide is not really consumer level oriented but more focused on providing services to other service providers.”

Kazaure said that the fiber infrastructure would be enabled for sharing agreement among network service providers to further generate more revenue for the government.

“When you are talking about fiber infrastructure, you just have to share agreement with other service providers.

“That will eventually make for the generation of revenues that the government wants to get through the use of ICT and other services.”

The MD added that Galaxy Backbone had constantly received certification from British Standard Institute, which was an indication of delivering services of international standard.

“We have the certification on ISO 20,000 and ISO 27,001, which are more focused on information security.

“ICT has certain standards you must conform to, so we opened our doors to be examined to ensure we are practicing in the best way internationally.

“As an organization responsible for hosting government data, security is very important to us and instead of relying on systems we built, we went for ISO 27,001.”

Kazaure said the certification of the organization’s data center had placed it in a better position to provide additional data services for revenue generation and subsequently for other data centers in the country.

The MD, however, said that Galaxy Backbone was sustaining collaborations with other sister agencies under the Ministry of Communication, to ensure better service delivery among MDAs.

He said its collaboration with the National Information Technology Development Agency (NITDA) for example, was on a complementary level for quality service.

“Our relationship is complementary; NITDA is the regulator, it sets standards and policies to be used in ICT both in government and private sector, whereas Galaxy was set up primarily to provide services for government.

“So we have primarily infrastructure that we use to deliver these services. The MOU is to provide the services and host their data, which is in line with what we provide for other agencies.”