The National Orientation Agency (NOA) on Monday advised Nigerian youths to desist from spreading false information on the social media that could trigger violence. 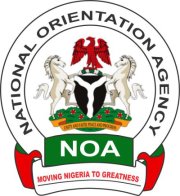 Zubairu Galadima-Soba, the Kaduna State NOA Director, gave the advice in an interview with the News Agency of Nigeria (NAN) in Kaduna.

He said that the media, known for disseminating information and setting agenda on issues that would promote peace and development, had been abused.

“You see messages that are scary. Certain people sit down and concoct stories that do not mean well to the society, and start posting on the social media.

“Religious bigotry and ethnic chauvinism have become the order of the day, people are eager to share or post picture or text that could disturb the peace of the country,” he said.

According to the director, the abuse of social media if not regulated, will lead to disunity, hatred and even ethnic-religious war in the country.

“There must be regulation of the social media. Whoever posts anything that will disturb the peace of the country must be dealt with.”

Galadima-Soba said that the agency would not relent in its efforts to redirect the various strata of the society to do the right thing, through its “Change Begins With Me” campaign.

He called on religious leaders and traditional rulers to always preach love, good neighbourliness, and togetherness, and also inculcate the values of honesty and integrity in their followers.

The director urged parents and teachers to monitor and guide their wards on the use of the social media as “charity begins at home”.

“We must all wake up and fight against the negative use of the social media that promotes violence and immorality; let us use the facility to preach love,” the NOA director said.