The National Research Institute for Chemical Technology (NARICT), says it will commence mass production of a new adhesive it developed to solve problem of bonding of leather products in the country. 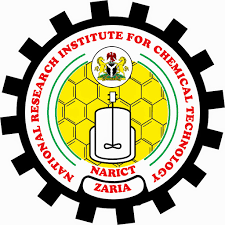 Mr Vincent Oriah, Acting Director, NARICT, South East /South South zones, told the News Agency of Nigerian (NAN) in Aba on Thursday that the institute plans to set up a factory for that purpose soon.

He said that the institute developed the adhesive in 2017 and applied to the Federal Ministry of Science and Technology to
scale up its production for use by local leather industries.

“The approval has been granted and the institute plans to set up a factory for the mass production of the adhesive but is awaiting the release of funds by the ministry to enable the execution of the plan,” Oriah said.

According to him, the strong “multi-purpose adhesives” would save Nigeria a lot of dollars in foreign exchange by reducing the rate of import by local leather manufacturers.

“They said the adulterated adhesives have affected the quality of their final products, and that is very true.

“But now we have developed an adhesive called the multi-purpose adhesive because the garment industry, the furniture industry, the leather products industry can also use it,” Oriah said.

NAN reports that NARICT began in 1964 as Hides and Skins Development Project, and later in 1972 became Federal Leather Training Institute and was upgraded to a research institute in 1975 and renamed Leather Research Institute of Nigeria.

However in 1988, its mandate was expanded to include research and development into chemicals and chemical products and was subsequently renamed as NARICT.

It is now involved in providing innovative research and development in the processing and conversion of local raw materials into useful chemical products for local industrial use.(NAN)