28 African Countries Have no Single Radiotherapy Machine for Cancer– UN 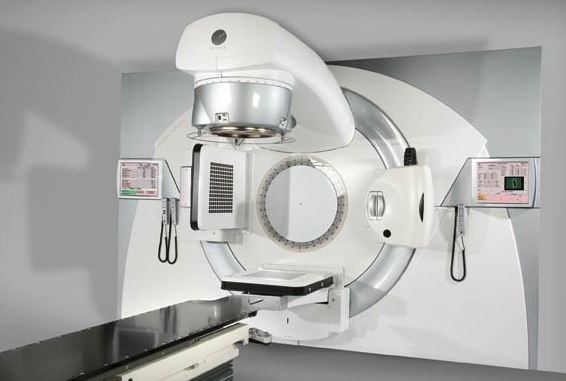 Yukiya Amano, Director-General of IAEA, said millions of people continued to suffer from cancer in developing countries, due to lack of access to effective prevention, screening, early diagnosis and treatment.

“Twenty-eight African countries do not have a single radiotherapy machine”, he said. He did not identify the countries.

“The IAEA will continue to work hard to change that, and to improve facilities in other regions of the world where the need is also great,”.

“We will strive to continuously improve the services we offer our Member States so they can provide better care – and hope – for their people,” he stressed.

He noted that addressing the challenges confronting the developing world would remain a priority for the agency.

Globally, cancer is one of the leading causes of morbidity and mortality worldwide, with approximately 14 million new cases and eight million cancer-related deaths annually.

There are concerns that the number of new cases could rise by about 70 per cent over the next 20 years.

Observed every year on Feb. 4, World Cancer Day aims to raise awareness on the broad class of disease which can affect any part of the body.

It also increased global burden that cancer inflicts on people – both poor and rich.

This year, the observation includes a discussion on applications of nuclear techniques in the prevention, diagnosis and treatment of cancer, as well as one on importance of multidisciplinary team for optimal cancer care.

The commemoration also includes a “health fair” showcasing a variety of information and services including detection of various types of cancer, including breast, prostate, colon, and skin cancer.

It is being held at the Vienna International Centre Rotunda.

According to the World Health Organisation (WHO), between 30 to 50 per cent of cancers can currently be prevented by avoiding risk factors and implementing existing evidence-based prevention strategies.

These risk factors include tobacco use including cigarettes and smokeless tobacco; being overweight or obese; unhealthy diet with low fruit and vegetable intake; and lack of physical activity alcohol use.

Others are sexually transmitted Human papillomavirus (HPV)-infection; infection by hepatitis or other carcinogenic infections; ionizing and ultraviolet radiation; urban air pollution; and indoor smoke from household use of solid fuels.

Tobacco use is the single most important risk factor for cancer and is responsible for approximately 22 per cent of cancer-related deaths globally, WHO said.

The cancer burden could also be reduced through early detection of cancer and management of patients who develop cancer.

Some prevention strategies, according to WHO, could include increase avoidance of the risk factors listed above; and vaccination against HPV and hepatitis B viruses.

Others are controlling occupational hazards; and reducing exposure to ultraviolet radiation and ionizing radiation, while many cancers have a high chance of cure if diagnosed early and treated adequately.

“When identified early, cancer is more likely to respond to effective treatment and can result in a greater probability of surviving, less morbidity, and less expensive treatment,” WHO said in a fact-sheet.

The global health agency noted that significant improvements could be made in the lives of cancer patients by detecting cancer early and avoiding delays in care.