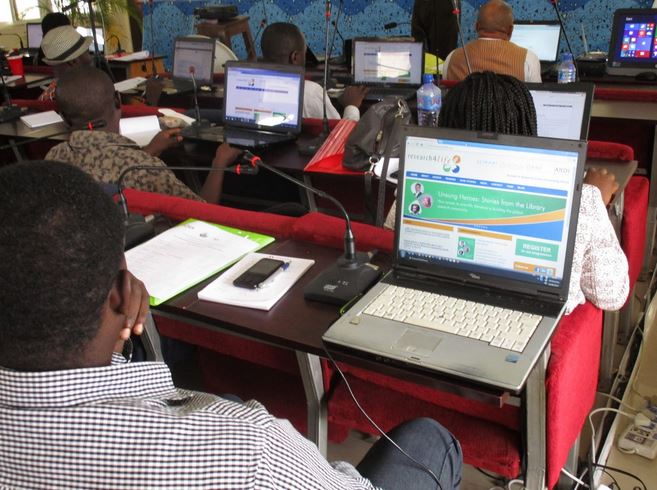 DBI to MDAs: Invest in ICT Skills to Stimulate Growth

The Digital Bridge Institute (DBI) on Thursday in Abuja urged Ministries, Departments and Agencies (MDAs)
to invest in Information Communication Technology (ICT) skills to stimulate growth in the country.

The Chairman, Governing Board of DBI, Mr Titi Omo-Ettu, made the call at the institution’s one-day interactive forum with Directors
of Human Resources and Information Technology (IT) of various government agencies.

The interaction focused on the role of ICT in human resources with reference to capacity building development.

“It is my hope that as leaders in your various organisations, you will make the right decisions by recognising the need to give ICT
training its deserved priority.

“We must invest consciously in digital skills acquisition through training and retraining not only to remain relevant but to prepare for the
workforce for the unfolding digital revolution,” he said.

According to him, the digital age is altering how we do things socially, economically and politically, so the fast pace of changes in technology,
tools and platforms in the ICT sector have necessitated need for continuous investments in training.

He bemoaned how increased pace of globalisation and technological advancement was expanding the divide between Africa and other regions.

Omo-Ettu, who gave a snapshot of how jobs and skills would differ in the digital era, said that government services would soon become more digitised.

He said that 58 per cent of organisations would recruit employees with specialised knowledge and experience as both hard and soft skills would be
vital for future vocations.

“This highlights the need to have a rethink on how we view jobs and skills to ensure that the entirety of the population is not left behind,’’ Omo-Ettu
said.

Dr Ike Adinde, Administrator of DBI, said that feedback from the interaction would go a long way in helping the institute redesign and represent
its programmes in 2019.

“It will help the institution to determine where skills are mostly needed in ICT for the purpose of supporting goals and objectives,’’ Adinde said.