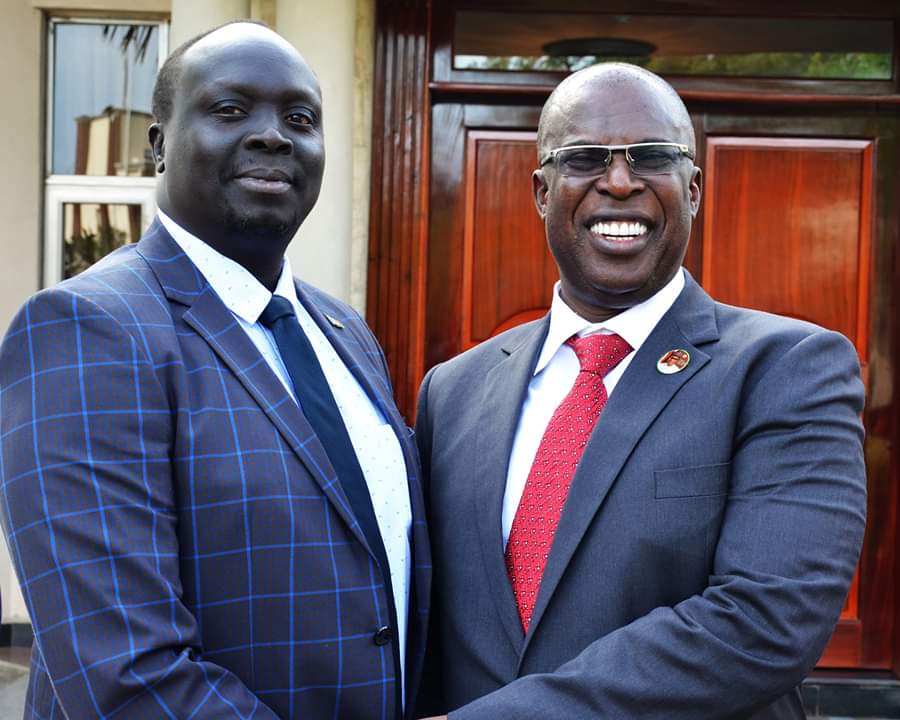 In line with directives and the approval of President Muhammadu Buhari, Minister of State for Petroleum Resources and the President of the African Petroleum Producers’ Organisation, H.E. Chief Timipre Sylva accompanied by the Group Managing Director of the Nigerian National Petroleum Corporation, Mallam Mele Kyari recently visited the Energy / Petroleum Ministers of Angola, Gabon, and South Sudan.

Chief Sylva had a strategic meeting with H.E. Noel Mboumba, the Gabonese Minister of Petroleum and Hydrocarbons. The visit explored the need for increased cooperation between Gabon and Nigeria and strengthening the African Petroleum Producers’ Organization.
The Gabonese Minister of Petroleum and Hydrocarbons enthused that Gabon is poised to learn from Nigeria’s rich experience in the oil and gas sector. There was a mutual agreement to deepen the relationship between both Nations to ensure sustainable benefits.

Chief Sylva led the delegation to Angola where they were received by H.E. Diamantino Pedro Azevedo, Minister of Mineral Resources and Petroleum, Angola. The two Ministers explored joint strategies for collaboration to solidify Africa’s position drawing from its membership of the Organization of Petroleum Exporting Countries. There was a deepened call for both Nations to brainstorm and walk together.

H.E. Awow Daniel Chuang and H.E. Chief Timipre Sylva
The delegation finally proceeded to the Republic of South Sudan for a meeting with the Minister of Petroleum and Mining, H.E. Awow Daniel Chuang. H.E. Sylva led the conversation on the need for production adjustments under the subsisting Declaration of Cooperation as adopted by Organization of the Petroleum Exporting Countries.

While in South Sudan, Chief Timipre Sylva and his entourage were received by the Deputy Foreign Minister, Deng Dau Deng on behalf of H.E. Salva Kiir Mayardit, the President of South Sudan.

The 1st Summit of Heads of State and Government of the Member Countries of the Organization of African Petroleum Producers (APPO) was also at the forefront of of the conversations and exchanges held.