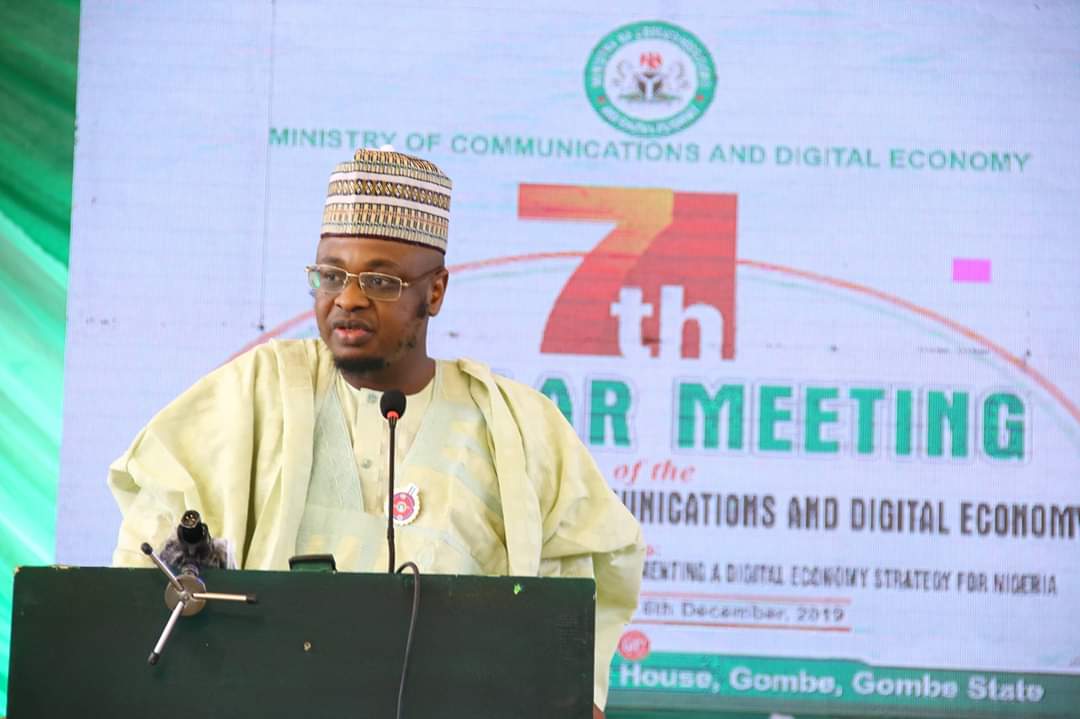 Dr. Is a Pantami States Key to Digital Economic Development

The Minister made it clear that Digital literacy is paramount to the development of any nation in the 21st Century, He said: “It is the goal of the Ministry of Communications and Digital Economy to see that 95% of Nigerian Children become Digital Literates at least in the next two to three years”.

Dr Pantami identifies the need for potential schools to be selected, to begin the introduction of courses in emerging technologies such as Artificial Intelligence, Robotics, Virtual Reality, Augmented Reality, etc, to bring about a sustainable digital economy in the country.

It is a national Digital Economy that involves all tiers of government, Federal, State, and local government. Hence, there is a need for all stakeholders to take the initiative to their various states for the proper implementation of a full-blown digital economy.

Awards were given to states that performed well during the week-long event in different categories that involve ICT Compliance, E-governance performance and ICT Infrastructure Implementation in which Imo state, Lagos State and Jigawa State came top in each of the categories.

The conference that started on Monday came to an end with the Chairman of the Council, Honourable Minister of Communications and Digital Economy, Secretary of the Council the Permanent Secretary and members of the Council that includes heads of Agencies under the supervision of the Ministry open the discussion on the report of the technical/expert officials of National Council On Communications and Digital Economy. The communique was also adopted to mark the end of the conference.

As part of Commemoration of the event that took place in Gombe State, the Minister led his delegation and stakeholders at the meeting for a fatherly visit to the palace of Emir of Gombe, HRH Alhaji Abubakar Shehu Abubakar III.