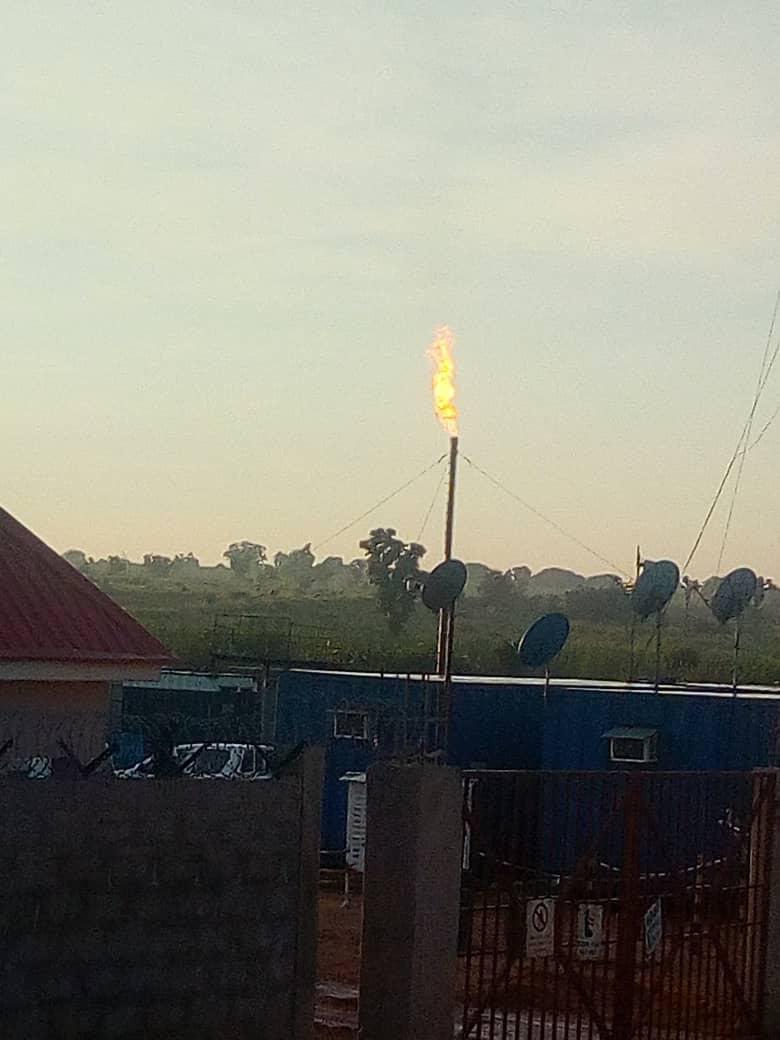 The Nigerian National Petroleum Corporation (NNPC) has announced the discovery of hydrocarbon deposits in the Kolmani River II Well on the Upper Benue Trough, Gongola Basin, in the North-Eastern part of the country.

It would be recalled that drilling of the Kolmani River II Well was flagged-off in a colourful ceremony by President Muhammadu Buhari on the 2nd of February, 2019.

The well was drilled with “IKENGA RIG 101” to a total depth of 13,701feet encountering oil and gas in several levels. A Drill Stem Test (DST) is currently on-going to confirm the commercial viability and flow of the Kolmani River reservoirs.

The Corporation explained that on Thursday 10th October, 2019, at 18:02hours, one of the reservoirs was perforated and hydrocarbon started flowing to the well head at 21:20hours in which the gas component was flared to prevent air charge around the Rig.

Preliminary reports indicate that the discovery consists of gas, condensate and light sweet oil of API gravity ranging from 38 to 41 found in stacked siliciclastic cretaceous reservoirs of Yolde, Bima Sandstone and Pre-Bima formations.

Computation of hydrocarbon volume is on-going and will be announced in due course.

The Corporation has also acquired additional 1183km2 of 3D seismic data over highly prospective areas of Gongola Basin with a view to evaluating the full hydrocarbon potential of the Basin.

It would be recalled that during the spud-in ceremony of Kolmani River II, President Muhammadu stated the commitment of his administration to the exploration for Oil and Gas in the frontier basins in the entire length and breadth of the country. The basins include: the Benue Trough, Chad Basin, Sokoto and Bida Basins.

He also stated that attention would be given to the Dahomey and Anambra Basins which have already witnessed oil and gas discoveries.

The discovery of oil and gas in commercial quantity in the Gongola Basin will attract foreign investment, generate employment for people to earn income and increase government revenues.