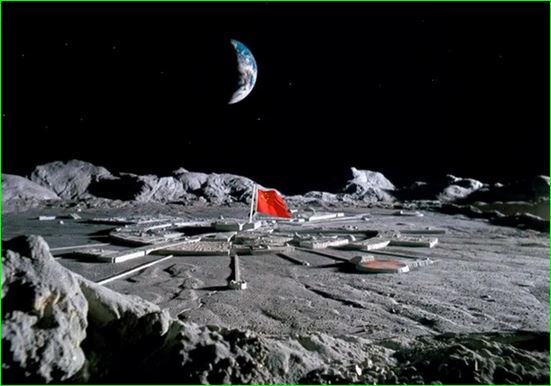 Russia Plans to Set Up Base on Moon With China

Russia is planning to set up a research base on the moon, most likely in collaboration with China, the head of the Russian space agency Roscosmos said in an interview.

“Russia and China have recently decided that we will most likely set up the lunar base together,’’ Roscosmos Chief Dmitry Rogozin said in the interview, broadcast on Thursday.

He did not say when the base would be established.

According to previous comments from Russian officials, a manned Russian mission to the moon could take place at least a decade from now.

Rogozin said he had a lot of respect for his Chinese colleagues, explaining that in spite of a recent series of accidents in the Chinese space programme, the Chinese “continue working, continue testing their resolve.’’

Russia and neighbouring China have been strengthening their already close ties in recent years as relations with the West, particularly the U.S., have been frayed by trade disputes and regional conflicts.

Still, Russia and the US have maintained an amiable working relationship in space exploration, particularly regarding collaboration on the International Space Station, an orbiting laboratory staffed by mostly Russian and U.S. crew members.