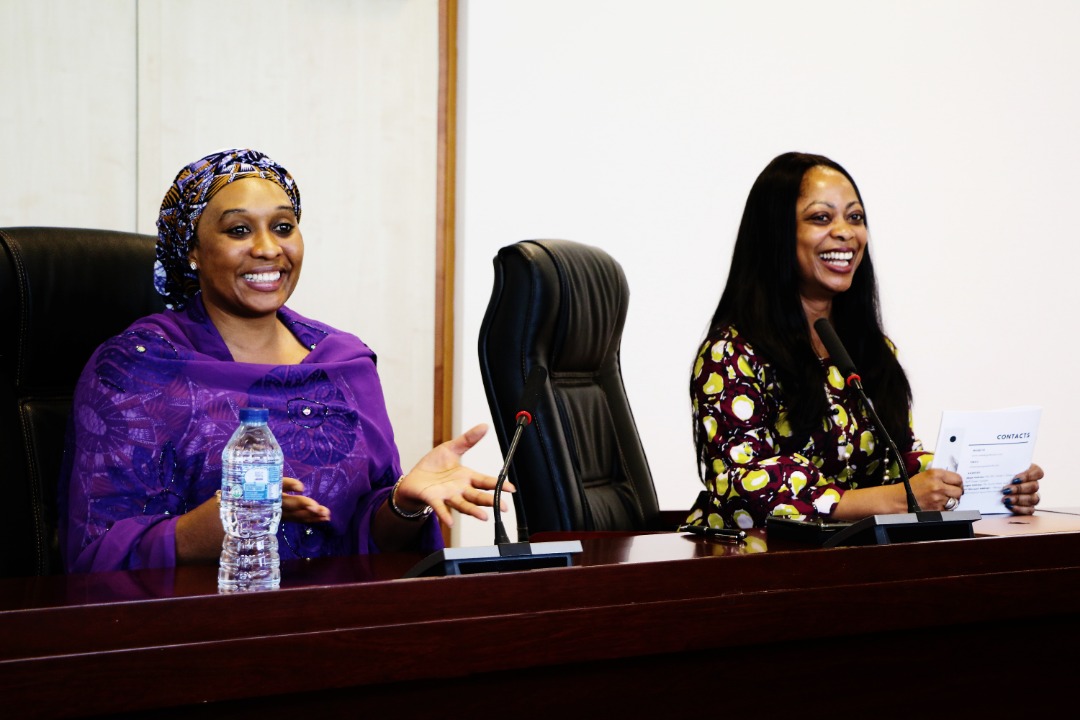 Sylva Commits to Women Content Board, as Women in Energy Network Louds His Leadership Style

The Honorable Minister of State for Petroleum Resources (HMSPR), H.E. Chief Timipre Marlin Sylva, today received a high-level delegation of the Women in Energy Network (WIEN), an apolitical and non-profit organization, led by the President, Funmi Ogbue and Vice President (Downstream & Midstream Oil and Gas), Amina Maina. This was part of the deliberate effort to align with the International Women’s Day activities for the month of March.

The group’s President, Funmi Ogbue in her opening statement stated that the essence of the visit was to bring the group’s existence into public awareness while noting that in closing the Nigerian energy gap, there is a need for a structured framework to be wholly adopted which WIEN has yielded itself to developing and implementing. She name-checked WIEN as a credible platform that highlights the availability of credible and competent women in the energy sector. This was reiterated by the group’s Director of Business Development and Publicity, Charlotte Essiet who further stated that WIEN remains the leading Women Association that is committed to advancing women’s participation in the energy sector.

In a laudable development, the group’s Vice President (Downstream & Midstream Oil and Gas), Amina Maina dubbed Chief Sylva a pro-women leader citing his unflinching support for women inclusion in every leadership position he has held in the past and in the present. She noted her trust that he will continue to lend his voice to the call for deepened inclusion of women in the oil and gas sector. She further affirmed that WIEN will work actively to support, collaborate and participate in causes for the advancement and placement of highly qualified women with proven capabilities and excellence in the sector. She pledged that WIEN in telling its story of growth will always namecheck Chief Sylva’s support.

Chief Sylva in his response name-checked the value that the members of WIEN have brought to the sector, separately in their individual capacities. He affirmed that women are at the core of the industry and such powerful associations as WIEN will boost and signal the growth of diversity and inclusion in the sector. He lauded the recent top management appointments and deployments undertaken by the Nigerian National Petroleum Corporation which featured several highly qualified women in the sector. Chief Sylva stated that he is a lifetime believer in the competency of women and affirmed his trust that constant improvement in capacity and competence will make inclusion, sacrosanct.

Chief Sylva made a firm commitment to push for the establishment of a women content board similar to the local content board that will work assiduously to emplace and encourage women’s participation in the oil and gas sector.

The visiting team comprised of its Board of Trustees members, Founding members, and core Directors. WIEN was established in January 2020 to provide a platform for Women that work across the Energy Sector value chain; to network and build confidence and links to progress their careers or businesses.