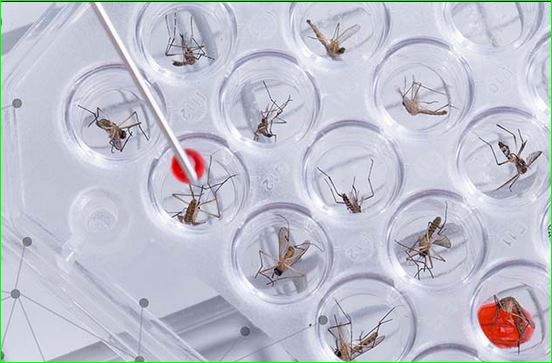 The National Biosafety Management Agency (NBMA), says biosafety measures should be applied in ensuring that genetically modified mosquitoes, aimed at reducing the spread of malaria, are safe for environment and human health.

Dr Rufus Ebegba, Director- General, NBMA, said this in a statement signed by Gloria Ogbaki, the agency’s Head of Media and communications, in Abuja on Saturday.

He said the African Union Development Agency had instituted a West African integrated vector management programme, to control vector causing diseases, one of which is the development of genetically modified mosquitoes to reduce the prevalence of malaria.

“Malaria has been found to be the greatest killer in sub-Saharan Africa and there is need to ensure that the genetically modified mosquitoes are safe for the environment and human health.

“In as much as it is imperative that malaria be eradicated in West Africa, it is also very important to ensure that necessary biosafety measures are put in place for the technology to be deployed safely and securely.

“There is a need to accelerate the development of regulatory pathways for genetically based vector control methods, such as transgenic mosquitoes,” he said.

Commenting on the COVID-19 pandemic, Egbeba said the outbreak of the virus had unexpectedly changed the course of activities the world over, as it had demystified scientific discoveries and research.

He said it had therefore become imperative to take the project seriously, so as to ensure malaria was safely eradicated in Africa

“We are in an unusual situation globally due to the COVID-19 pandemic as the infectious rate is constantly increasing and leaving huge losses across the world.

“There is need for Africa to do all it can to ensure that the pandemic is defeated.

“Education and capacity building of regulatory bodies, were necessary to ensure that the release of such mosquitoes is not hampered in the future, as regulatory pathways for such technologies is currently not available.

“As part of the work plan, there is need for strengthened capacity of healthcare, environmental and bio-safety regulators, based on specific phases of genetically based vector control product development and deployment”.

Quedraogo said that regional and continental regulatory platforms for integrated vector management of malaria and genetically based vector controls as pathfinders, would be operationalised,

He added that international engagements for African negotiators and regulators would be enhanced in other to enable better coordination and communication, as it related to the project.

The virtual meeting, which was aimed at understanding how far and well the project has fared, and what next steps to take, had in attendance representatives of 15 West African member countries as steering committee members of the programme.