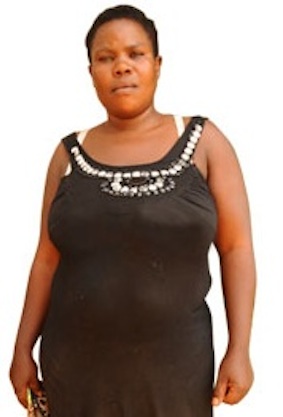 The greatest officially recorded number of children born to one mother is 69, to the wife of Feodor Vassilyev (b. 1707–c.1782), a peasant from Shuya, Russia. In 27 confinements she gave birth to 16 pairs of twins, seven sets of triplets and four sets of quadruplets. Although this historic record should be taken with a pinch of salt according to Guiness World Record, it is certainly conceivable that Mrs Vassilyev could have had a genetic predisposition to hyper-ovulate (release multiple eggs in one cycle), which significantly increases the chance of having twins or multiple children. It is also not impossible for a woman to have 27 pregnancies during her fertile years.

However, a more believable version exist in Uganda with a 37-year-old Ugandan woman, living in Kabimbiri village, Mukono District, outside of Kampala, has made world record for having 38 children.

According to the Daily Monitor of Uganda, the woman identified as Mariam Nabatanzi Babirye had her last baby via Caesarian section in December 2016, after which doctors cut her uterus from inside.

She has had six sets of twins, four sets of triplets, three sets of quadruplets and single births. Ten of these are girls and the rest are boys. The oldest is 23 years old while the youngest is four months. 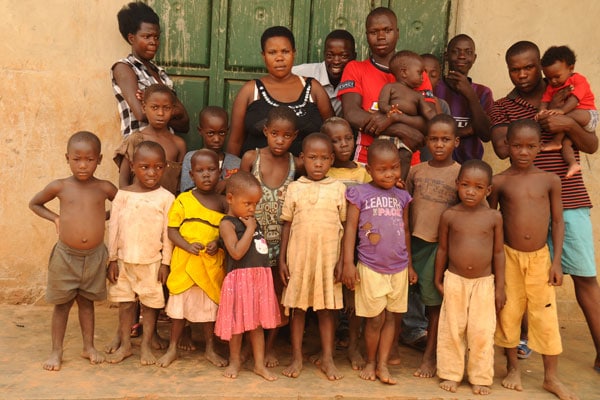 “I did not know I was being married off. People came home and brought things for my father. When the time came for them to leave, I thought I was escorting my aunt but when I got there, she gave me away to the man.”

In 1994, when she was 13, Nabatanzi gave birth to twins. Two years later, she gave birth to triplets and a year and seven months after that added a set of quadruplets. This, she says was nothing strange to her because she had seen it before in her lineage.

“My father gave birth to 45 children with different women and these all came in quintuplets, quadruples, twins and triplets,” said the woman, who is called by fellow villagers as Nalongo Muzaala Bana, “the twin mother that produces quadruplets”

Dr Charles Kiggundu, a gynecologist at Mulago Hospital and President of gynaecologists and obstetricians, said it was very possible for Nabatanzi to have taken after her father.

“Her case is genetic predisposition to hyper-ovulate (releasing multiple eggs in one cycle), which significantly increases the chance of having multiples; it is always genetic,” he explained.

The doctor told Nabatanzi that she could not be stopped then because she had a high ovary count which would eventually kill her if she stopped.

“Having these unfertilised eggs accumulate pose not only a threat to destroy the reproductive system but can also make the woman lose her life,” Dr Ahmed Kikomeko from Kawempe General Hospital explained.

“I was advised to keep producing since putting this on hold would mean death. I tried using the Inter Uterine Device (IUD) but I got sick and vomited a lot, to the point of near death. I went into a coma for a month,” she said.

At the age of 23 with 25 children, she went back to hospital to try to stop producing more babies. “I was checked in at Mulago Hospital and advised to continue producing since the ovary count was still high.”

A Uganda County Councillor Samari Musenero said Mariam Nabatanzi from Kabimbiri village, about 50 kilometres north-east of the capital Kampala, had all the children with the same man.

“The woman is struggling to support her offspring because she receives no financial assistance from the father of the children,” the politician said.

He explained that politicians from the district had mobilised government funds to provide Nabatanzi with maize seeds to plant.