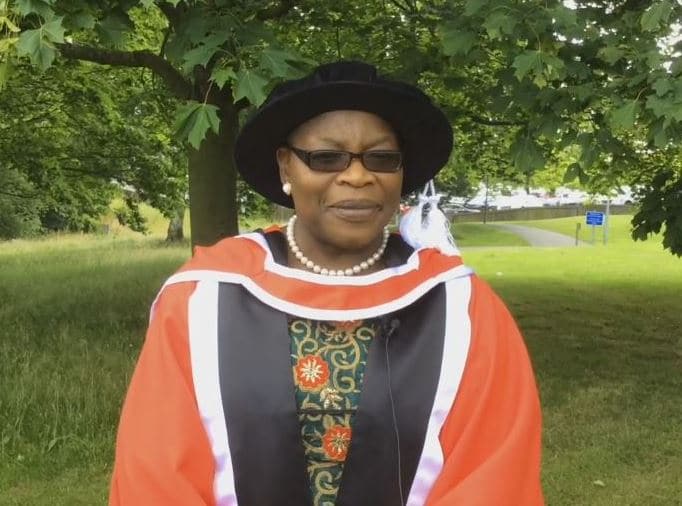 The show depicts the journey of some of the most influential women in West and South Africa who have achieved remarkable feats whiles defying the odds.

The highly anticipated women empowerment show, titled: “Against The Odds’’ with Peace Hyde, is set to premier on Friday June 30, on Pan African Business Channel (CNBC) Africa Channel 410 on DSTV.

According to a statement from Forbes Woman Africa Multimedia content made available to the News Agency of Nigeria (NAN), the show is the latest instalment from global media company.

She “talks about her harrowing experience in fighting corruption in Nigeria from her early days as the co-founder of Transparency International to the shock and horror of finding out about the abduction of over 270 girls in Chibok, Borno State, Nigeria.’’

Ezekwesili started off in the Olusegun Obasanjo administration as the Pioneer head of the Budget Monitoring and Price Intelligence Unit (aka Due Process Unit).

It was in this position that she earned the sobriquet of “Madam Due Process” for the outstanding work she led a team of professionals to do in sanitising public procurement or contracting at the Federal level in Nigeria.

She was the architect of the Bureau for Public Procurement legislation, the NEITI legislation and the new Minerals and Mining legislation during her six and a half years stint in government.

She was appointed Minister of Solid Minerals (Mines and Steel) in June 2005 during which time she led a vibrant reform program that led to Nigeria’s global recognition as a credible mining investment destination.

She was also the Chairperson of the Nigeria Extractive Industries Transparency Initiative (NEITI) and led the first ever national implementation of the global standards and principles of transparency in the oil, gas and mining sector.

In June 2006, Ezekwesili was appointed the Federal Minister of Education, holding this post until she took up her World Bank appointment in May 2007

In March 2007, World Bank President Paul Wolfowitz announced the appointment of Ezekwesili as Vice-President for the Africa Region starting on 1 May 2007.

As vice-president she was in charge of the bank’s operations in 48 countries in Sub-Saharan Africa and supervised a lending portfolio of over $40 billion.

She was a co-founder of Transparency International and served as one of its pioneer directors.

As a senior economic advisor for Open Society, a group founded by billionaire George Soros, she advises nine reform-committed African heads of state including Paul Kagame of Rwanda and Ellen Johnson-Sirleaf of Liberia.

On 1 October 2012, one of the world’s leading telecommunications firm, Bharti Airtel, with operations in 20 countries, named Ezekwesili as a director on its board.

She is also on the boards of World Wildlife Fund (WWF), the School of Public Policy of Central European University, The Harold Hartog School of Government and Policy, New African magazine, The Center for Global Leadership @ Tufts University.

In May 2012, Ezekwesili was awarded an honorary Doctor of Science (DSC) degree by the University of Agriculture, Abeokuta in Nigeria.

In March 2014, she delivered a keynote speech at the national summit of the All Progressives Congress (APC), the leading opposition party in Nigeria.

She criticised the many migrating governors and urged the party to have “a conversation deeper than how you’re going to chase (the ruling) PDP out of power”.

In the aftermath of the nearly 300 mainly Christian girls were abducted from Chibok by the Islamist militant group Boko Haram.

Ezekwesili was instrumental to the start of the viral #BringBackOurGirls campaign on social media, which trended internationally.

She had on 23 April, at the opening ceremony for a UNESCO event honouring the city of Port Harcourt as the 2014 World Book Capital city, urged Nigerians to not just tweet but actively participate in efforts to “bring back our girls”. (NAN)