Edo state Government in collaboration with relevant stakeholders is set to conduct a baseline survey to ascertain the causes of neonatal deaths in the state and prevent them. 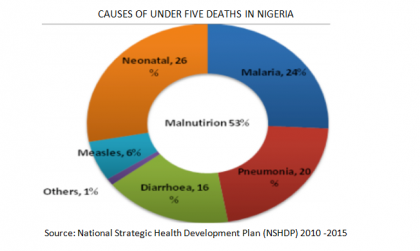 Dr Bridget Okoeguale, the Program Manager of the Edo First Lady Reduce Neonatal Deaths Initiative, disclosed this in an interview with the News Agency of Nigeria (NAN) in Benin on Sunday.

Okoeguale said that the Edo government was currently working out a strategic action plan to reduce neonatal deaths in the state.

She said the first 28 days of life – the neonatal period – was the most vulnerable time for a child’s survival, and noted that the Nigeria ranked high in neonatal deaths.

“We are working to implement our strategic plan of action to prevent neonatal deaths in Edo.

“Our first priority is to conduct a baseline survey to ascertain the present situation as regards neonatal deaths in the state.

“We have data for neonatal deaths in the country but for Edo state specifically, we do not have any statistics.

“So we want to conduct a baseline survey to collect data on what is responsible for neonatal deaths in the state.

“We want to know whether it is that we don’t have the facilities to cater for newborn babies or that the mothers are not aware of how to take care of their newborns”, she said.

The project manager said the survey would commence in March while the action plan to prevent neonatal deaths would be launched before the middle of the year.

“By the time we finish the baseline survey, we will know the type of training to carry out for health workers and mothers on the care for neonates.

“After the training, we will also do another survey to evaluate the impact of the programme”, she said.

She, however, called on development partners to support the state government in the implementation of the neonatal strategic action plan. (NAN)