Corps members serving in various parts of the country have been enjoined to initiate and execute projects that would add value to their host communities. 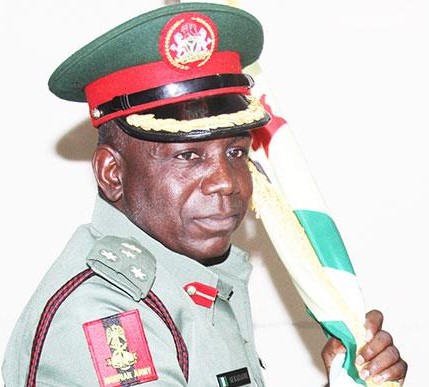 He said that the scheme had not shifted from its main objectives of instituting unity and national integration in Nigeria, saying that corps members were also to impact positively on their host communities.

“NYSC is all about unity and national integration. I want you to believe in it and work towards it and initiate projects of value to your host communities,” he said.

Kazure said the scheme had four cardinal programmes of the orientation, primary assignment, community development and the passing out exercise and urged them to ensure they went through all for their own benefit.

He advised them to participate in other programmes and activities outlined in the camp, especially the skills acquisition to enable them set up small scale businesses to be self reliant when they were out of the service.

The NYSC boss commended corp members for making it to the camp and advised them against improper conducts and criminal activities as well as to “respect the do’s and don’ts of their host communities.”

Earlier, the Imo NYSC Coordinator, Mrs Josephine Bakare, had said the 1,555 corps members posted to the state were exhibiting commitment to the skill acquisition and entrepreneurship development (SAED), the HIV/AIDs and the sustainable development goals advocacy programmes.

She expressed gratitude to the visit of the NYSC boss and commended the Batch ‘B’ Stream I corps members made up of 362 male and 1,193 female for being disciplined, responsible, loyal and committed.

She also commended the personnel of the collaborating agencies, the NYSC staff and other stakeholders for their various contributions to the success of the orientation course.

Bakare said that some of her achievements during the orientation course included the construction of a pavilion, reticulation of water to male hostel to 10 tap points, and provision of Geepee Water Storage tank for kitchen, aside others.

The state coordinator said efforts were in top gear to get the state government to complete the two-storey hostels which were currently at lintel level and also to build more staff hostels and toilets. (NAN)