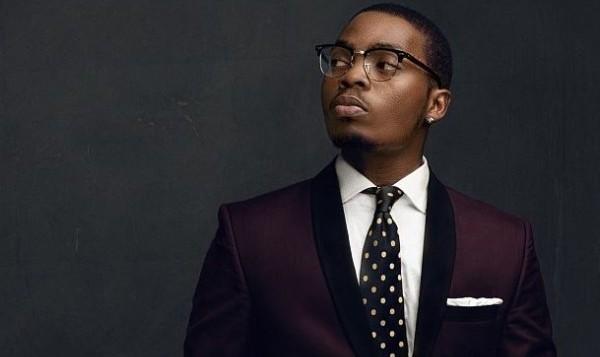 Olamide, aka Baddo, To Join the National Assembly, others to Fight Drug Abuse

This is coming after the Senate led by its President, Bukola Saraki, convened a roundtable in Kano where it resolved to go after importers and distributors of drugs, at an even which the Emir of Kano Sanusi Lamido Sanusi called for the need to subject public officers to a drug test.

Similarly, the Pharmacists Council of Nigeria also inaugurated a drug control group to check the distribution of codeine and other addictive substances.

Music star, Olamide has, therefore, joined the campaign against drug abuse among Nigerian youths with the song “Science student”.

The song with the hashtag #Sciencestudent is a Young John and BBanks produced track released by Olamide in 2018 after his hit single `WO’ which also trended like wildfire in 2017.

`Science Student’ according to Olamide also known as King of the street, discusses the rising rate of drug abuse in the society.

Most of his songs which depict happenings in the ghetto often are trailed with criticism and `Science student’ sang mostly in Yoruba is no exception.

The title of the song itself comes from the current trend of youths mixing different hard drugs in various quantities.

The YBNL boss in his reaction to the criticism said on his Instagram @baddosneh saying, “Since the release of #ScienceStudent, the support has been massive.

“As you are all sharing, dancing, singing along to this relatable music of mine, I want you all to take some time to reflect on the subject, say no to drug abuse.

“Don’t aspire the ‘highness state’ but a state of purpose fulfilment and passion discovery.

“Together let’s put an end to drug abuse and save as many lives as possible.

“The video will be out soon and I can’t wait for you all to see it. #SayNoToDrugAbuse#DrinkResponsibly #ScienceStudent,” Olamide added.

However, Don Pedro, filmmaker and communication expert has called for a ban on the song which has funny skits and the `shaku-shaku’ dance steps on Instagram.

Pedro who alleged that the song celebrates drug usage appeals to the National Broadcasting Commission for the ban.

“This song must not be allowed to hit the airwaves or any kind of wave.’

“He is speaking Yoruba, Yes, so you…. He is encouraging children to take Tramadol.

“He is encouraging the children to do monkey trail, that is, he is eulogizing all forms of illicit drugs and making it trendy’’, Pedro said.

Similarly, actress Lala Akinloju has expressed concerns over the “disturbing trend’’ to promote drug and substances using music and dance in the Nigerian entertainment industry.

The actress who did not mention names on her Instagram said that it was disturbing how people were feeling ~cool’ with such development.

“This encouragement and promotion to sue hard drugs and get `high’ under the influence in the name of song and dance is disturbing!

“What’s more disturbing is how comfortable all of us are with it.

However, some fans have come to the defence of the ‘Shaku Shaku’ crooner by saying that the song teaches the society the effects of drug abuse.

Twitter user (Zainab Yetunde) said, – If you understand Yoruba, you should know Olamide wasn’t promoting drug use in any way. He was actually talking about the effects of doing drugs. Abi, se mi o gbo Yoruba mo ni? #ScienceStudent.”

@makkymaksPls let’s stop this weakness. The lyrics is not in any way promoting drug use, But people always need to blame their problems on another person.”

Olamide, who raps mostly in Yoruba and has been described as the voice of the ghetto.

The Bariga born artist, who has seven albums to his name, came into limelight in 2011 with his debut album ‘Rapsodi’ before starting his own label ‘YBNL’ in 2012.