Entrepreneurship: An escape route from poverty to prosperity

Obike Ukoh, News Agency of Nigeria (NAN): Poverty and unemployment in Nigeria have remained hydra-headed in spite of many government intervention programmes. The situation is even worsened yearly as the country’s tertiary institutions turn out graduates, who join the endless search for elusive jobs. The reality is that every job seeker can no longer be guaranteed a paid job but every citizen is entitled to  decent living, which in developed countries, is regarded a as fundamental human right. 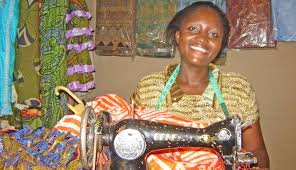 The consensus of opinion of experts is that the surest way to guarantee jobs, boost the economy, create wealth and escape from poverty is entrepreneurship. J.A. Schumpeter, in the book, “The Theory of Economic Development,’’ described entrepreneurship as a process of change, where innovation is the most vital function of the entrepreneur. He opined that it is a basic requirement for economic development in free enterprise or mixed economy, where innovation is the basis of development. Mr Reuben Abraham, in a special article for CNN, titled: “Entrepreneurship key to escaping poverty, “ said China lifted millions of its citizens out of poverty through entrepreneurship. “China has pulled approximately 600 million people out of absolute poverty since Deng Xiaoping unleashed market reforms in the late 1970s. “Never in human history have so many people been pulled out of grinding poverty in such a short span of time. “Similarly, South Korea has gone from a per capita income of 291 dollars in 1970 to 20,000 dollars today. “Even reform laggards like India have managed to pull a couple of hundred million people out of grinding poverty since economic reforms were initiated.’’ He said that across the world, countries that created an entrepreneurship and business-friendly environment were successful in reducing poverty drastically. “One can only redistribute wealth, and to redistribute it, you have to create the wealth first. “And the only agent of society that can create wealth is entrepreneurship. 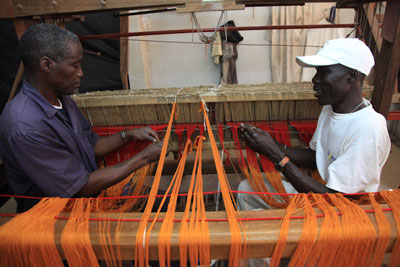 “Clearly then, more needs to be done to promote entrepreneurship as an agent of economic development,’’ he added. Craig and Marc Kielburger, co-founders of international charity and educational partner, Free the Children, also stressed the importance of entrepreneurship. “Entrepreneurship is a key player in ending global poverty by reversing the cycle of dependency with a cycle of self-sufficiency and employment. “Entrepreneurs build economies. Charity can help people grab the first rung of the development ladder, but only their own enterprise will allow them to climb the rest of the way. “Entrepreneurs are motivated and able to innovate, devising new ways to farm, provide basic goods and services, and solve social problems.’’ Prof. Ifeoma Nwoye has also underscored the importance of entrepreneurship and urged government at all levels to implement poverty alleviation solutions that can foster and stimulate the entrepreneurial spirit in  poverty–stricken areas of Nigeria. Nwoye made the call when she delivered the 10th Inaugural Lecture of Ibrahim Badamosi Babangida University, Lapai, Niger, with the title,  “That Evil Called Poverty: Entrepreneurial Escape to Comfort Zone.’’ She said that if the government wanted to offer resource-assistance to the poor, “ the leaders should do so not through handouts.’’ Nwoye said instead of handouts, the poor should be empowered through boosting of programmes to be “handled by the poor themselves and non-governmental organisations and through programmes with features of sustainability’’. She said charity and almsgiving played good roles in efforts to help the poor“ but the goal for even charitable organisation should be to help the poor move beyond dependency. “ No person ever became wealthy or self-sufficient through handouts,’’ Nwoye pointed out. She stressed that “ only entrepreneurial intervention, with its scalable nature can pull the poor from the war zone unto the voyage to COMFORT ZONE and ensure sustainable quality life.’’ The professor of management sciences said civil servants should not be involved in poverty alleviation programmes but “ should focus on policies for creating positive climate for business and creativity.’’ Nwoye listed previous poverty alleviation programmes carried out by the government in Nigeria and noted that “ in all the attempted programmes, no administration ever mentioned the statistics of the poor they were trying to help.’’ She decried the alarming rate of poverty in Nigeria and noted that as the “ population increases, the poverty level is also multiplying in spite of the country’s natural resources.’’ 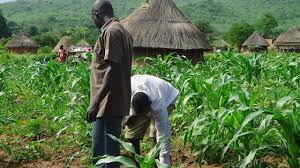 She said that investment on business enterprises was the surest way that poor communities would have economic independence and move from poverty to prosperity. “ This is one of the reasons why government policies need to become more pro-business to be able to promote self-reliant enterprises as well as employment opportunities. “ This should be made possible by elements of business education.’’ Nwoye said states and local governments should broaden their vision of entrepreneurial policy. “ The main task is to put in place a broad environment that can attract people and in which creativity and entrepreneurship can flourish. “ In an entrepreneurial society, job creation is a common feature as new actors in the economy have new characteristics through open source-philosophy. “ Entrepreneurship culture is an environment, where someone is motivated to innovate, to create and take risks.’’ Nwoye also said government must “ review intervention strategy of one size fits all.’’ She said that there was no easy answer to poverty eradication but that implementation of poverty related programmes must be shifted from politicians and civil servants to the poor themselves and groups they trusted. She noted that the major drawback in self-help of the individual poor was low rate of capital formation. Nwoye said that government should provide the enabling environment to avail the real sector of the economy credit to establish sustainable businesses. 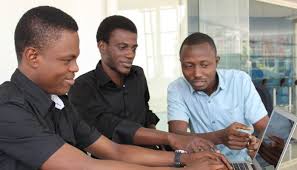 “ The handout being given to selected poor should be channelled to important areas of support towards self-reliance,’’ she said. Nwoye said entrepreneurship contributed in an immeasurable way toward new job creation, wealth mobilisation, poverty reduction and income generation for both government and individuals. “Entrepreneurship creates value by seizing opportunity through risk taking and mobilisation of human, social, financial and physical capital, wherever individuals have had opportunity to take economic initiative.’’ Nwoye said that where an entrepreneurship culture existed, wealth  was created in abundance, and hence the quality of the life of people assured. As articulated by experts, including Nwoye, entrepreneurship holds the key to economic prosperity and reduction of unemployment. Government should, therefore, initiate and sustain programmes that will promote entrepreneurship.   A News Analysis by Obike Ukoh, News Agency of Nigeria (NAN)