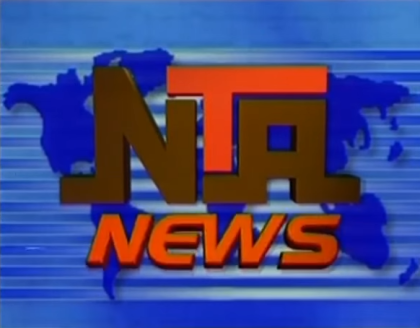 President Muhammad Buhari has returned to Abuja after a five day private visit to his native home of Daura, Katsina state.

The president who left Katsina airport at about 11 o’clock Wednesday morning was seen off by governor Aminu Bello Masari and other senior Katsina state government officials.

On arrival at the Nnamdi Azikiwe international airport at noon, president Buhari was received by the minister of FCT Muhammed muse Bello, the inspector general of police Ibrahim Idris and other government functionaries.

The president was in Daura to celebrate Eid el Kabir or the feast of sacrifice with his kith and kin a practice he maintains for a long time.

But before leaving Daura, the president granted audience to some youth corps members serving in town and pledged his unalloyed commitment to the unity and prosperity of the country.

Work resumed today across the country after the two day public holidays declared by the federal government to commemorate Eid el Kabir.

The FCT command of the federal road safety corps (FRSC) says four deaths and thirty-five road crashes were recorded in the FCT during the Eid-el Kabir holiday.

Wife of DG DSS Donates To VVF Patients in Kano

In the spirit of Eid el Kabir, the wife of director state security service, Hadiza Lawal Dala, has donated wrappers and food items to the needy in kano.

Among the beneficiaries are patients of vesico-vagina fistula (VVF) and eclampsia at the murtala muhammad hospital.

Federal Government to Invest In Agric In Niger Delta

the federal government says it is molding a system that will make agriculture attractive to youths in the Niger delta as the government intensifies efforts towards addressing environmental and socio economic challenges in the oil producing states,

This was at a town hall meeting in Bayelsa state south – south Nigeria where the Ijaw youths council pledged its commitment and support to President Muhammadu Buhari’s leadership.

The Benue state government has signed a one billion dollar- allied investment with an investor from the United States of America for value chain development in agriculture.

Osun state has recorded its first casualty to flood as a fifty-eight year old man lost his life in a flood which raved parts of Osogbo, the state capital.

A mild earth tremor was recorded in some communities within Jaba local government area of Kaduna state.

Apart from cracks on few houses there is no major devastation recorded and no loss of lives.

NASRDA on Earthquake in Kaduna State.

Meanwhile, the national space research and development agency (NASRDA) has attributed the cause of recent tremor in Kaduna state to passive sources.

a statement by NASRDA Dr Felix ale says that analysis carried out at its seismological station at Kujama in Kaduna state accurately recorded the event which occurred at about 12 mid-day on Sunday 11th September with epicenter located latitude 9.825 north and longitude 7.885 east while local magnitude was 2.6 and moment magnitude has 3.0 with focal depth of 10 kilometers.

The need for governments around the world to pay attention to environmental reports and evolve policies to protect the environment for improved socio economic development has again been stressed.

This was at the opening of the meeting of the working group on environment auditing of the Africa organization of supreme audit institutions holding in Abuja.

GMN on Fake Drugs and Quackery in Pharmacy

The people’s right to health includes the right of access to a reliable standard of healthcare and assurance that drugs received are not only genuine but safe, effective, and affordable.

Guests on NTA’s good morning Nigeria where unanimous in their views that ‘shutting down any outlet identified for selling fake drugs’, ‘arrest & prosecution of offenders’ and the enforcement of ‘drug authentication’ would curb the scourge of fake drugs and quackery in the pharmaceutical society of Nigeria.