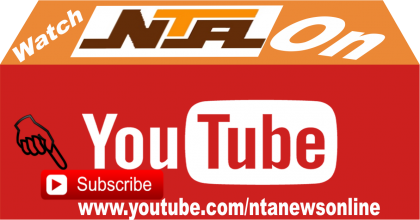 President Muhammadu Buhari has expressed concern that despite the criminal justice act of 2015, corruption cases by the federal government are not progressing as speedily as they should thereby giving a negative impression that crime pays.

Speaking at an interactive workshop on the judiciary and the fight against corruption, the president is particularly worried that the courts not only tolerate delay tactics by lawyers but also allow some of them to frustrate the reforms introduced by law to hasten justice delivery.

Vice President Yemi Osinbajo has called for the strengthening of ties among African nations to boost the continents strives for economic integration and political stability.

The vice president made the call at the on-going African union meeting in Kigali, Rwanda
AU Assembly Ends

Meanwhile, as the 27th AU summit ends in Kigali, some African countries have been getting a pat on the back for the implementation of various programmes that will ensure development and growth.

However those with ambition to run the affairs of the African Union Commission‘s secretariat would have to wait till January 2017.

This is because the election that would pave way for new executive members of the commission was shifted.

The four year tenure of chairperson, Nkosazan Dlamini-Zuma, the deputy and eight commissioners has ended, but may have to continue until January 2017.

Senate President, Bukola Saraki and Speaker, House of Representatives Yakubu Dogara, have stressed the important role that the National Institute for Legislative Studies NILS, plays in the effectiveness of legislative governance.

They were speaking at the postgraduate matriculation ceremony of the institute in conjunction with the University of Benin.

He said this at the opening of a national stakeholder’s summit in Abuja.

In the meantime, the Federal Government says it is working with the private sector to improve local production and consumption to address issues affecting the economy.

Financial Inclusion has been identified as important to poverty reduction, employment generation, wealth creation and improving welfare as well as the general standard of living.

The Ministry of Health has launched the Rapid Result Initiative RRI, a programme which involves upgrading of one hundred and ten primary health care centers and the treatment of acutely malnourished children under five years in the north east.

the seven pronged approach is targeted at reducing the nation’s disease burden and providing quality healthcare to all especially the indigent at little or no cost.

Ministers of Water and Environment at WSSCC Retreat

The partnership for expanded water supply, sanitation and hygiene from 2016-2030, Pewash is to be launched soon in Nigeria.

Minister of water resources Sulaiman Adamu disclosed this at the opening of a two-day consultation workshop on water supply and sanitation collaborative council strategy development for 2017-2020 going on in Abuja.

The current security operations and strategy in the north-east is to be reviewed to reflect the successes and achievements so far recorded in the counter-insurgency operations.

As part of the plan, the police are to be deployed to areas liberated from Boko Haram in order to facilitate enthronement of civil authority in the affected communities.

Acting Inspector-General of Police Idris Ibrahim announced this in Maiduguri while on an assessment tour of Borno State with other heads of security agencies there.

The untold hardship experienced by commuters and motorists plying the Calabar-itu Federal Highway in cross river state has continued unabated for over two weeks now due to the collapsed portion of the road along Odukpani axis.

Good Morning Nigeria on the Coup in Turkey Script Over

The failed coup in turkey has continued to attract comments with the latest coming from Cemal Yigit regional manager, Ebru Tv who was on NTA’s Good Morning Nigeria today to discuss the development.

Mr Yigit said the coup failed because the Turkish people want democracy and are resolved not to have the military run their affairs again as was the case at various times in the past.

China Beijing Mandela Day 2016
In fulfillment of the Madiba’s wishes for young people to spread the message of love, forgiveness and tolerance, globally, South Africans in china got together with friends from different parts of the world to celebrate Mandela Day with a call to action to change the world to a better place.

The African fashion week aimed at boosting job creation in the Nigerian fashion industry as well as redefining the textile and garment production processes held in Nigeria has held in Lagos.

Ngufan Shaaji on arts and entertainment tells us that the event attracted more than sixty designers from across Africa showcasing their latest designs.