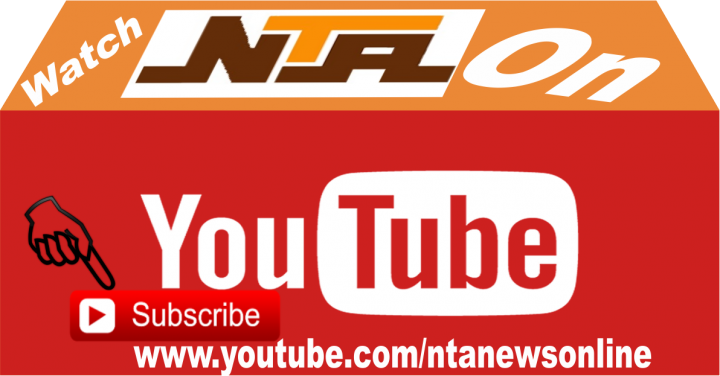 The PDP candidate beat Ibrahim Itodo of Labour Party who got 11,908 votes; Aboh Samuel of APCN, 1,793 votes; Bala Okpanachi of Kowa, 888 votes; Enemaku Arome of MPPP 498 votes and Victor Akubo of UPP who got 349 votes.

Our correspondent in Owerri says the resident electoral commissioner Alhaji Nasir Ayilara is expected to brief the media on what happens next.

More details on the Imo North Senatorial will be provided in our subsequent bulletins.

Standard bearer of All Progressives Congress APC in the Edo State governorship election Godwin Obaseki has promised to run a people-oriented government that will allow the state massive human and infrastructural development.

It was in company of the Edo State Governor Adams Oshiomhole at the APC Governorship campaign rally in Edo North District.

The INEC Office in Ichang Local Government area in River State which is in the area where re-run elections are scheduled hold at month-end has been burnt.

Governor Nyesom Wike visited the area to inspect the burnt office where he called on INEC not to be discouraged by the incident but go ahead with national and state assembly rerun election scheduled for July 30th.

The governor ordered the immediate reconstruction of the structure.

President Buhari says his administration is committed towards Nigeria being certified polio free in 2017.

This he says will be realised by continuing to support routine immunization and the revitalization of the primary health care system while cooperating with international public and private partners.

The president’s comments which were made to mark the second anniversary of Nigeria not recording any new polio case said he will continue to ensure timely release of funds for the polio eradication programme as the well-being of Nigerian children are an important part of his administration’s drive to national development.

This commitment he said has been demonstrated with the allocation of n12.6 billion in the 2016 budget for vaccines and programmes to prevent childhood killer diseases such as polio, measles, yellow fever and others.

He said states and local governments will be encouraged to continue to provide direction, supervision and improved surveillance activities.

the president applauded the immense support given by religious and traditional leaders through the years and urged others who are yet to lend their weight to this laudable task of polio eradication to do so because it is a collective effort that requires the support of all communities including parents, guardians, teachers, health workers, international partners and leaders.

The Federal Government is to establish ten earth dams in each state of the federation to further boost agricultural activities.

Minister of Agriculture and Rural Development Audu Ogbeh who stated this in Abuja further disclosed that extension service centres would also be established in every local government area.

He was speaking as he hosted Kogi State government officials.

The Emir of Minna Umar Farouk Bahago has commended the diversification initiative of President Muhammadu Buhari administration, especially the green alternative, as the nation’s road map for agricultural revolution.

The Emir gave the commendation when a delegation of the national council on establishments paid him a visit in his palace.

The strengthened tactical operations of the DSS to degrade the capabilities of criminal gangs and syndicates across the country is increasingly yielding results.

In a statement on the gains recorded in recent operations, the service announced the arrest of Jones Abiri, leader of the joint revolutionary council of the Joint Niger-Delta liberation force, which has been furthering separatist tendencies in connivance with other criminal gangs in the niger-delta region.

The DSS says Abiri, popularly called General Akotebe Darikoro has confessed to the destruction of vital oil infrastructure, threat to launch missile attacks on selected targets in Abuja including the presidential villa, as well as being the mastermind of the recent rumour on planned military overthrow of President Muhammadu Buhari.

The DSS statement also listed among recent progress made, the arrest of a suspected militant in connection with the arrest and subsequent murder of two soldiers along Ogbia-nembe road in Yenagoa, a notorious kidnap gang in Kaduna State, and other criminal gangs and terrorists in Ondo, Kano, Plateau, Enugu, and Rivers States, and the FCT.

Also last Friday, during the screening of prospective hajj pilgrims in Jos, the service apprehended one Saidu Yahaya,  a suspected black-market and illegal gunrunner said to have been supplying arms and ammunition to criminal elements in Plateau, Taraba, Benue and Nasarawa States.

The Nigerian army says the search party dispatched to locate soldiers and officers missing after an ambush by Boko Haram members at Guro Gongon, Borno State has found 5 more officers and soldiers including the unit’s commanding officer.

Acting director army public relations Colonel Sani Kukasheka Usman in a statement said although in a stable condition, they are undergoing medical care.

It could be recalled that some Nigerian army troops were missing in action after an ambush at Guro Gongon on 20th July 2016 where they had dislodged a group of terrorists and rescued captives.

Consequently, concerted efforts were initiated to search for and rescue them.

The measures include the use of air assets, Special Forces and patrols.

Buratai Steps up Training for Troops

Health Care to IDPs in Bama

Concerned by the health condition of internally displaced persons in Borno State, a coalition of health professionals from across the country converged on the IDP Camp in Bama where they provided free health service to the people.

The Wife of the President Aisha Muhammadu Buhari has reaffirmed her commitment to partner with the medical women’s association of Nigeria MWAN in an effort to improve the health of women and children.

Mrs. Buhari who stated this while receiving the leadership of the association in Abuja was also decorated as the grand patron of the organization.