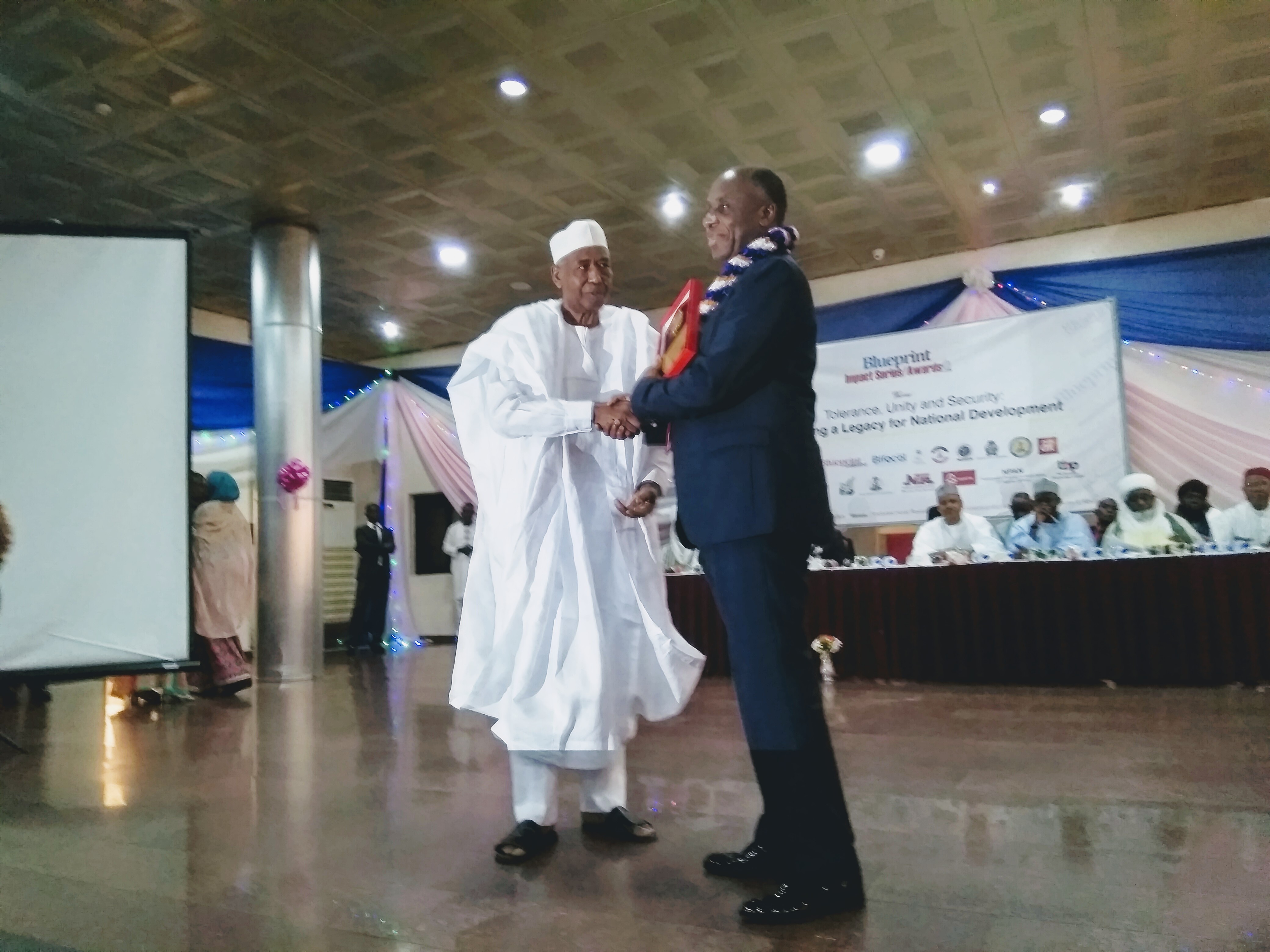 The Minister Of Transportation, Rotimi Amaechi.

The Minister of Transportation, Rotimi Amaechi on Tuesday received Blueprint Newspapers award for his contribution to the rail development and building of the first monorail system in Sub-Sahara Africa.

Amaechi received the award at the maiden edition of Blueprint Impact Series/Awards with the theme: “Tolerance, Unity and Security: Building a Legacy for National Development held in Abuja.

According to the citation, Amaechi is a shining star in his current appointment as the minister of transportation.

“The ministry has set to work to bring extensive changes to the country’s transportation framework; the nation’s railway network has received attention under this administration.

“It has now become a beacon of hope for both highly placed and common Nigerians. As a former Governor of Rivers, Amaechi built the first monorail system in Sub-Sahara Africa.’’

Receiving the award, Amaechi urged Nigerians to vote All Progressives Congress (APC) in the next general elections.

Speaking with Newsmen in an interview after receiving the award, Amaechi appreciated the Blueprint Management for recognising his contributions to national development.

The minister, however, said that the award would inspire the recipients to do more in their various fields.

“I am grateful to blueprint, the management and the board, the award is to task us further to do our best in our various assignments and fields. “