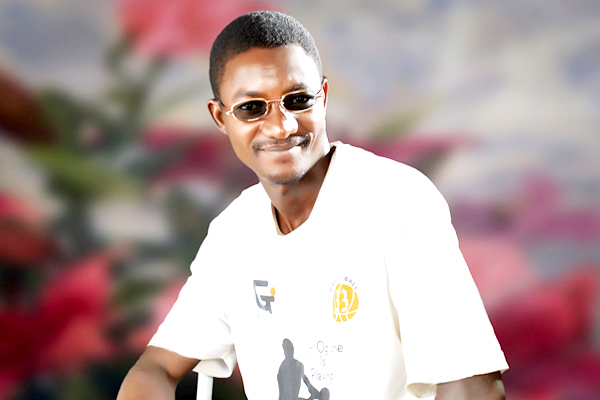 Just me…, no apologies for being me. Jonbuliwood
Born in wukari, the capital of wukari LGA of Taraba, Nigeria. The mystery about my birth according to my late parent, Pa Bulus D. Isa and Ma Victoria, hospital records and from neighborhoods, is the number of  months God added to my stay in my mum’s womb, guess!
Six(6) extra months beyond the expected period of delivery (EDD) of nine (9) months of the normal pregnancy. Attended Wukari East Primary School in 1978-1984, post primary in 1989, and soon after my secondary education, heard about radio audition on my state broadcasting service, the then Gongola Broadcasting Corporation GBC now Taraba State Broadcasting Services TSBS. partook and was successful and started as a Presenter and Producer of live Programs and Weekly Magazine. Also became the pioneer Anchor person of the famous Jukun (Wapan) Radio Programs those days, the likes of “Kya-rito,  Na-jen’a and Anyi-wa-gbe-ahye”,  are unforgettable mark which I’ve set across the region, and neighboring Plateau, Nasarawa, Gombe, and Benue states. Moved from Radio to the Television arm of the state media corporation: Taraba Television in 1993, served as an announcer, producer cum newscaster till 1995 when i secured another appointment with the nation’s television station; the largest TV network in Africa, The Nigerian Television Authority, NTA till date.

A graduate of Professional Diploma in Television Production Technique from the NTA Television College Jos, Nigeria, 1998. Specialists in general  TV Presentations, Program Productions and Post-Productions. Plus Radio & Television Jingles and Promos, Camera Person on special productions, creative Non-linear Editor, also recognized as in-house tutor for upcoming producers and Non-linear Editors within the organization. Earned several awards and commendations from my employer for being distinctive. Also attended several professional training. Few among which are with: Philip Trimnel Productions, Surulere Lagos, Nigeria ’02 and Mnet communications, Johannesburg, South Africa ’02. Where i got my professional nick name (JONBULIWOOD) from the chief executive officer of mnet communications.

As a Production Officer, i worked as a versatile work combo with NTA Jalingo from September 10,1995 to March 13, 2010. Became one of the Pioneer staff to kick start the Sports Channel on the NTA/StarTimes TV Network “NTA Sports24” channel situated in the FCT Abuja, Nigeria.
On December 13, 2012, I was Promoted to the rank of Senior Production Officer (SPO) and transferred to the Programmes Directorate, Network Service at the NTA Headquarters, Abuja.

Speak Jukun, Hausa and English languages. Believe in the philosophy that a good name is worth more than silver or gold. Enjoy Badminton, making new friends and engaging in intellectual discourse especially on creative Television Productions.