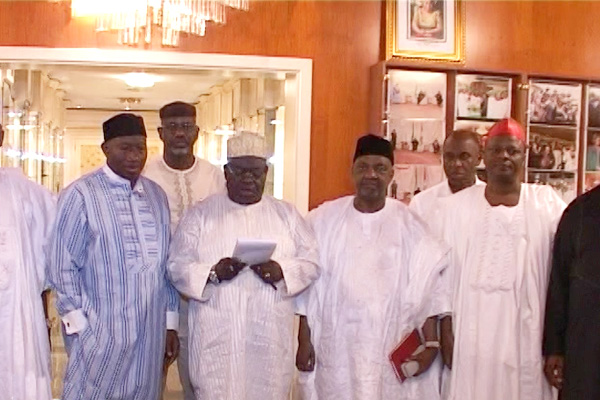 A meeting between President Goodluck Jonathan and some State Governors of the Peoples Democratic Party (PDP) ended at the state house Sunday night with a resolution that all parties to the lingering crisis sheath their swords. Niger state Governor, Mu’azu Babangida Aliyu who read the communique said this was agreed to in order for an amicable resolution of outstanding issues on the matter, which arose after the August thirty first PDP Special National Convention.