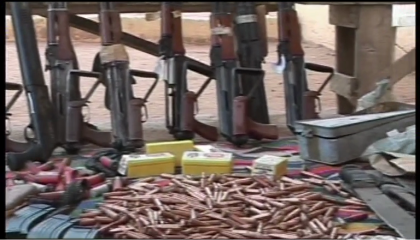 The Director General, National Task Force on Small and Light Weapons, Emmanuel Okereke says an Arm cartel in Kogi State has been discovered and the seized Arms handed over to the Police. The Director General disclosed this at a Press briefing on National Security situation.

National Task Force on Small and Light Weapons in collaboration with police is said to rid the country of arms trafficking and proliferations accounting for heighten insecurity in the country. While on patrol on search and recovery, the Director general said the discovery and seizure of some illegal goods and arms in the nations seaways is frightening. 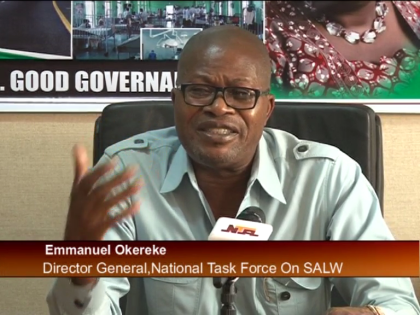 The Director General appealed to President Goodluck Jonathan to address the challenges in the security sector to in-place a progressive, peaceful and prosperous nation.