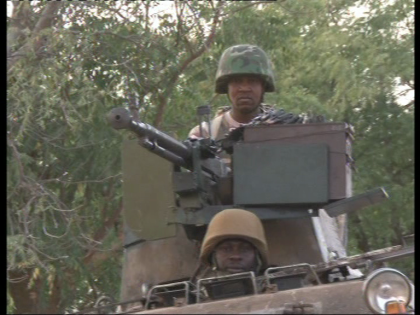 Three weeks of intense offensive by troops of 27 task force brigade Damaturu, has led to the recovery of ten communities from insurgents in Yobe State. Acting Brigade Commander, Colonel Usman Yusuf who led the Director of Defence Information, Major General Chris Olukolade and team of local and foreign Defence  correspondents on a tour reclaimed territories confirmed. 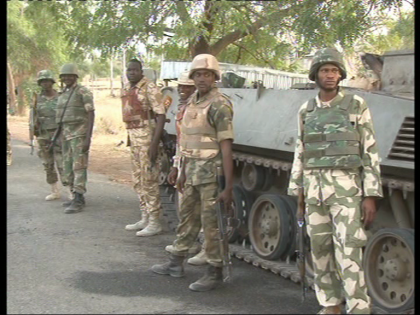 Nigerian Troops After There successes in Buni-Yadi

Victory at last for the troops after nine months of occupation by the criminal elements. As so their symbol unity and identity set ablaze. The final objective of the force within their area of responsibility is to set Goneri from the clutches of terrorist. It will recalled that the brigade in a baptism of fire that reigned for 12 hours, secured Damaturu during the December attack and assault of January this year. Now that the communities are set free, the challenge is how to get the people to return.