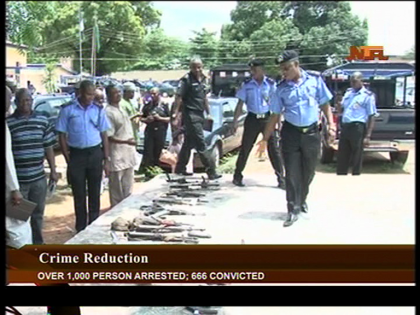 Over 780 cases were reported to the State Police Command, with more than one thousand persons arrested and six hundred and sixty six suspects convicted in the last quarter.

The annual press briefing which had media practitioners and officers of the command in attendance reveal that constant raiding of hideouts, neighbourhood high visibility intelligence lead, problem solving policing and community safety partnership were measures deployed to reduce crime rate in the state. 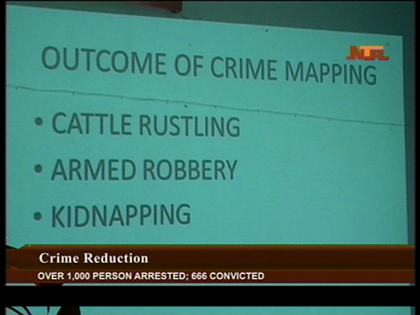 The crime mapping and analysis method has said to have enable the police discover four major crimes. 4.9 Million counterfeit currency was also confiscated while 42.2 Million naira was recovered from fleeing kidnappers, with car thieves arrested among-st others.

Attributing the commands success to vigilance and dedication to duty of officers and men of the police as well as cooperation and support of the indigenes. The Command however identified inadequate logistics, scarcity of funds and insufficient manpower as major setbacks.