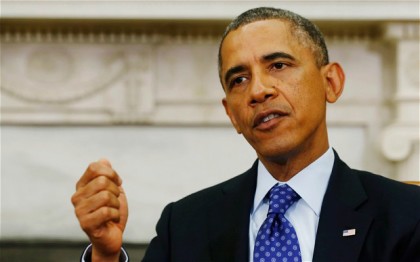 United States President, Barack Obama said it would be a mistake to send ground troops into Syria to fight the Islamic State militant group.

Obama said the extremists group is not a traditional military opponent, “we can retake the territory as long as we leave our troops there.” He added.

“That still does not solve the underlying problem of eliminating the dynamics that are producing these kind of violent extremist groups,” Obama said.

He said US led airstrikes against the Islamic State were gaining grounds.

To sustain the fight, President Obama called on more nations to pull resources together in combating the group.

In the wake of the terrorist attacks against Paris, France and the United States are entering a new agreement to share intelligence and operational military operation.

This will make it easier to share information on Islamic State threats, among other things.