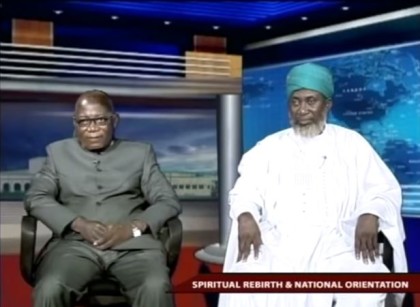 As Muslims the World over celebrate the Id-el-Kabir, religious leaders in Nigeria have enjoined Muslims to imbibe the lessons of sacrifice and practice of submissiveness to the will of the Almighty.

These views were expressed by guests on  NTA’s flagship programme Good Morning Nigeria. Islamic Clerics say the slaughtering of the ram and subsequent goes beyond being a yearly ritual.

It is a representative of sacrifice and absolute dedication to the will of the Almighty which is the cardinal reason for Eid-El-Kabir.

The Co-Executive Directors of Interfaith Mediation Centre Kaduna, emphasized that the sacrifice breeds piety, devotion and submission, traits which Allah expects the Islamic faithful to imbibe. Urge Muslims to allow the significance and lessons of Eid-el-Kabir to affect their National lives.

In his reaction, the Director General National Orientation Agency Mike Omeri said religions are largely driven by values and the agency believes these values must translate to positive outcomes that will reform society. Islamic faithful were also enjoined to be charitable during the celebrations.