The FCT Police Command has arrested and paraded one 70-year- old Adamu Sule who has been posing as a retired Colonel and Special Adviser to the President on Defence matters.

At age seventy, Adamu Sule qualifies for the respect accorded senior citizens. But he seems to have jettisoned this with fake identity and designation of a retired colonel. 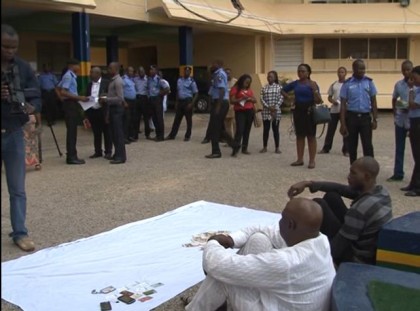 to perfect is alleged act of criminality, he also claims to be a special assistant to the President on Defence matters.

Many have fallen prey but as they say,   everyday day for the thief and this one seems to be for the FCT police command that caught him at a house in Maitama district of Abuja

He has been swindling unsuspecting members of the public for the past three years.

Presenting the suspect who claimed to be a retired Army Colonel, to the media, the command’s Spokesman, ASP Anjuguri Manzah, said the suspect was arrested on Oct. 18 in Maitama area of Abuja, following a tip-off .

“Police operatives attached to Maitama Division acting on a tip-off arrested one fake Colonel (name withheld) who claimed to be the Special Adviser to the President on Defence Matters,“Manzah said. 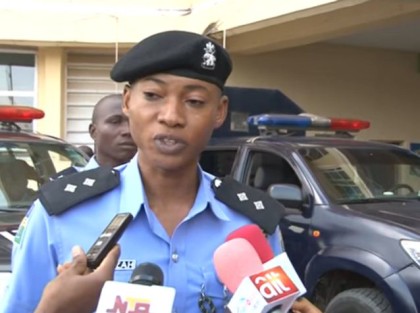 He said that the suspect, who specialised in defrauding influential people in the society, had gone to the area to meet up with an appointment with a former state governor.

The spokesman said that the suspect upon arrest confessed to the crime.

“He also confessed that he only hides under that guise to solicit for juicy contracts or financial favour from his high profile victims,“he said.

He said that one fake identification card and five complimentary cards were recovered from him.

The suspect, who said he worked with the Bauchi State Government up to 1990, said he had been in the business for over three years.

“I thought it was an easy way to feed my family,“he said.

Hiding under the guise he created, the FCT Police command says he solicits for juicy contracts and  financial favours from high profiled victims.

Also paraded was Michael Eze. Though not in Adamu Sule’s age bracket, what he lacks in age, he makes up for in his skills as a member of a notorious syndicate that specialises in producing and circulating fake 1000 naira notes.

He too seems to have run out of cash The FCT Police command says the suspects have both pleaded guilty and have been transferred to the command criminal intelligence and investigation department for further processing.

It enjoins members of the public to be vigilant and provide the police with timely information about criminals and their nefarious activities.