Nigeria and the State of Qatar on Sunday in Doha signed Bilateral Air Services Agreement (BASA) to pave way for direct flights between major cities of both countries.

Both countries also signed an agreement to avoid double taxation and tax evasion on the sideline of President Muhammadu Buhari’s state visit to Qatar. 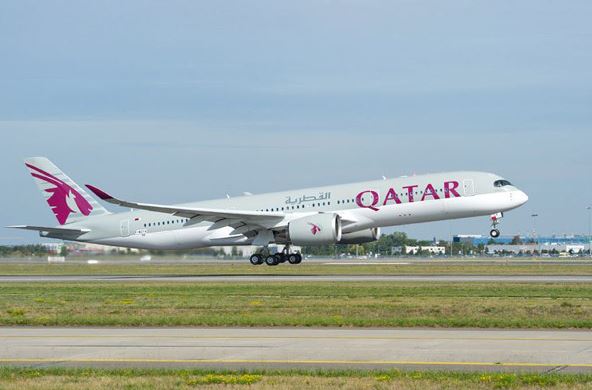 The Minister of State for Aviation, Senator Hadi Sirika, representing President Muhammadu Buhari, signed the air services agreement on behalf of the country while Qatar’s Minister of Transportation and Communications, Jassim Bin Saif Alsulaiti, signed on behalf the Emir of Qatar, Sheikh Tamim Bin Hammad Al-Thani.
The agreement which was signed in the presence of both leaders is expected to operate on the principle of reciprocity by the designated airlines on behalf of the countries.
The Minister of Finance, Mrs Kemi Adeosun, also signed the agreement for the avoidance of double taxation and the prevention of fiscal evasion with respect to taxes income with her Qatari counterpart, Ali Shareef Al Emadi.
It is also expected that the agreement on bilateral air service will promote trade, commerce and tourism between the two countries just as Nigeria has also commenced discussions on partnerships towards establishing a national airline for Nigeria. The agreement on the avoidance of double taxation which had been negotiated since February 2015 will no doubt bring in more investments and businesses between Qatar and Nigeria.