No PVC No Voting, As 1.2 Million Voters Expected To Participate In FCT Council Elections – REC 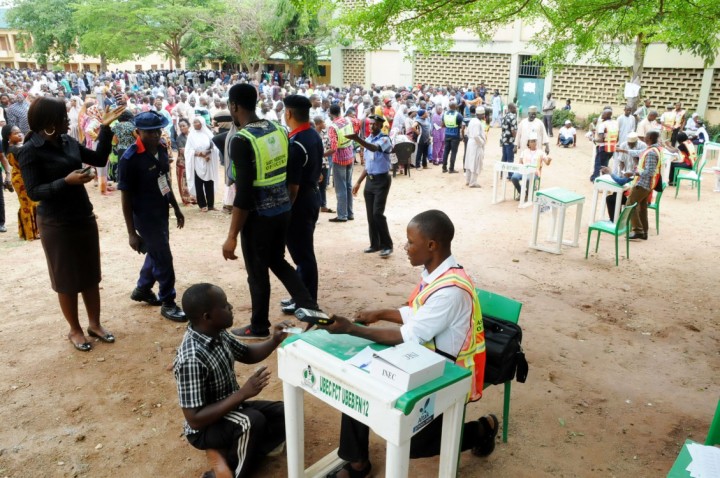 INEC says more than one million voters were expected to participate in the Federal Capital Territory (FCT) council elections on Saturday.

The Resident Electoral Commissioner (REC) in the FCT, Prof. Jacob Jatau, gave the figure during a stakeholders’ meeting on Tuesday in Abuja.

He emphasized that only those that had collected their Permanent Voter Cards (PVCs) would be allowed to vote.

Jatau assured that card readers would be deployed to the 562 polling units, 2, 207 voting points and in additional 246 voting point in settlements in the area.

On logistics, he said that the Abuja Municipal Area Council (AMAC) had been divided into three sectors – Karu, City Centre and Gwarinpa sectors- for ease of the exercise.

According to him, Bwari Area Council has been split into two sectors, Kubwa and Bwari.

The REC, however, expressed worry over the number of persons yet to collect their PVCs in spite the publicity and voter education carried out by the commission in the area.

He therefore appealed to concerned registered voters to use the remaining days before the elections to go to INEC offices in the six area councils to collect the card.

In his remarks, Chairman of INEC, Prof. Mamood Yakubu, said the commission had signed a Memorandum of Understanding with the National Union of Road Transport Workers to transport INEC staff to various polling units.

He also said that security agencies had assured the commission of adequate security during and after the election.

The chairman appealed to political parties to call their supporters to order to ensure peaceful election.

Speaking earlier, a member of the House of Representatives, representing AMAC/Bwari constituency, Mr Zaphania Jisalo, advised INEC and security agencies not to compromise the election process.

Also speaking, Inspector-General of Police, Mr Solomon Arase, assured the stakeholders and residents of adequate security during the elections.

Arase, who was represented by the Commissioner of Police in the FCT, Mr Wilson Inalegwu, said that all polling units would be properly guarded to secure election officers and materials during the polls.

Arase urged the stakeholders to be orderly and peaceful, warning that ‘’any offender will be dealt with accordingly’’.