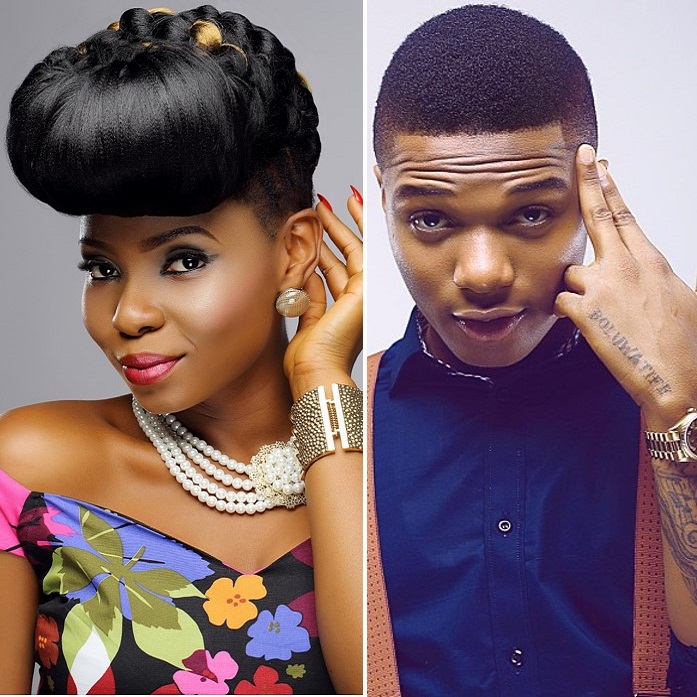 Yemi Alade and Wiz Kid have been nominated for best international Act Africa for 2016 BET Awards.

Alade who officially started music in an all-girl group called Noty Spices in 2005, but her music became known after she won the Peak Talent Show in 2009.

In the last quarter of 2013, she broke records when her most recent hit single, “Johnny”, produced by Selebobo, got online via the internet.

The song became an international hit as it dominated music charts in Tanzania, Kenya, Ghana, South Africa, Liberia, Uganda, Zimbabwe, UK, among others.

Alade has been featured on the covers of several magazines and performed around the world, sharing the stage with both local and internationally renowned artists.

She also headlined the Super Diva’s Nite at the 2013 Calabar Festival, and opened for the 2013 headies award known as Nigerian Grammy’s. On the other hand, Wiz Kid is a very successful musician whose fame cannot be under rated.

Wiz Kid has been nominated for the third time and Alade is on for the second time.

Peter Okoye has signed a new act on his label ‘P-Classic records’.

Peter Okoye from the Popular P Square has signed an new act ‘P-Classic records’. As Peter continue to succeed in his solo career, he has signed Papi J, Kaffy’s drummer husband. According to Peter Okoye, Papi Jay has released a new song which featured him and Selebobo titled ‘Forget Your Level’.

Peter announced the new song on IG and on this platform, he also anounced the signing of Papi to ‘P-Classic’ records